A YOUNG British expat has died in Spain after falling from a balcony during St Patrick’s Day celebrations.

James Walton was partying with friends in a fourth-floor flat on Sunday morning when he is said to have lost his balance and plunged head-first onto the pavement.

The Sheffield Hallam University student, from London, was on a placement year in Mallorca and was working at the Melia Hotels International as a global loyalty intern.

He was in his third year studying languages with international business in Spanish.

Horrified pedestrians called paramedics after discovering his body at 6am.

Emergency services declared him dead at the scene after desperately trying to resuscitate him for several minutes.

A source told the Sun: “They had been partying in the flat and there were bottles of alcohol lying around. 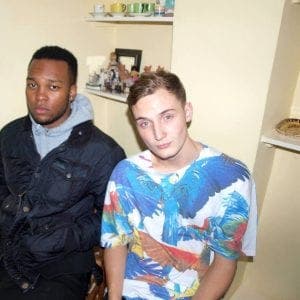 “It was St Patrick’s Day on Saturday and they had been celebrating.

“The friends confirmed the dead man’s identity after being informed about what had happened.

“Two of the men inside the apartment were living there and another two were visiting.

“They weren’t aware of what had happened until police knocked on their door.”

James, who was raised in Ealing, was due to graduate next year.

“Words can’t describe how heartbroken we feel to have lost you so soon and so unexpected.

“You are forever in our hearts. We will remember you, doing your amazing dance moves and winning dance offs with strangers.

“Thank you for being in my life.”

A spokesman for Spain’s National Police confirmed there was no foul play.

A spokesman for the UK Foreign Office said: “We are in touch with local police and are providing bereavement advice to his family, following the death of a British man in Majorca.”

A Sheffield Hallam University spokesperson said: “We are extremely saddened to hear that one of our students has tragically died whilst on placement in Spain.

“We are offering support to the student’s family and friends as well as to our staff and students at the University and our deepest sympathies go out to them at this extremely sad and difficult time.”