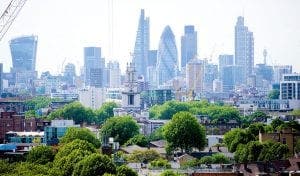 LONDON has been named the second best tourist destination in the world by TripAdvisor.

The UK capital came second only to Paris in the tenth annual Travellers’ Choice awards for destinations.

They were followed by Rome in third and Bali fourth.

New York, a favourite among travellers, was bumped down five places from fifth to 10th.

Crete, Barcelona, Prague, Marrakech and Istanbul – which come in fifth, sixth, seventh, eighth and ninth respectively – all ranked above the Big Apple.

London held onto its top spot despite two terror attacks last year at London Bridge and the Houses of Parliament.

The awards are based on millions of reviews and opinions from users on TripAdvisor.

Winners were chosen using an algorithm derived from the quantity and quality of reviews and ratings for hotels, restaurants and attractions and traveller booking interest.

Laura Citron, CEO of London & Partners said: “It’s wonderful to see that visitors continue to be drawn in by London’s extraordinary mix of history and heritage, cutting-edge contemporary culture alongside an array of major events and festivities.

“This year promises another jam-packed programme of blockbuster exhibitions, shows and exciting new openings to tempt visitors of all ages, interests and budgets.”