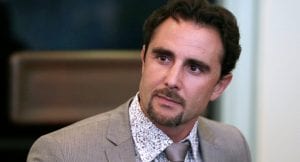 THE HSBC whistleblower who leaked documents claiming the bank helped clients evade billions of dollars in taxes, has been arrested in Spain.

Herve Falciani, a former employee at HSBC’s Swiss private bank, was found on the way to a conference in Madrid on Wednesday.

The French-Italian national is known for exposing the “Swissleaks” scandal.

He was convicted in absentia of industrial espionage in 2015 by a Swiss court, after he leaked documents which alleged that the private branch had helped over 120,000 clients to cover up more than €180 billion ($205.4 billion) from tax authorities.

Falciani was sentenced to five years in prison but failed to show up to his trial and has lived in Spain ever since.

Switzerland issued a new European arrest warrant on March 19 to extradite him.

Although the French citizen claimed he was merely a whistleblower helping the government tackle people who had used Swiss accounts to evade tax, Switzerland believed he used the data for financial gain.

In 2013, the Audiencia Nacional (Spain’s National High Court) in Madrid chose to reject a previous extradition request issued by Switzerland, as Spain could not find an equivalent offence.

Falciani had been arrested upon arrival in Barcelona in 2012 and spent five months in prison awaiting the decision from the Audiencia Nacional.