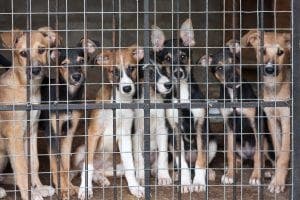 A NEW rule is set to ban the euthanization of healthy animals at rescue shelters in Estepona.

It comes after ADANA and other local animal support groups, Mirada Libre and Gatos y Amigos, put forward the proposal to the town hall.

Officials have also pledged to support campaigns for sterilisation, castration and education regarding the care of animals in Estepona schools.

Reportedly, a new department dealing with animal welfare will be created within the town hall.

The issue of euthanasia within animal rescue shelters has been greatly contested for some time in the town, as the Costa del Sol is overrun with stray animals.

ADANA, which rehomes around 300 dogs a year, said it has a ‘strict’ policy of never euthanizing a healthy animal.

“We are extremely pleased that this is now the official policy of the Estepona Town Council,” said president of ADANA, Mary Page.

She added that the charity is looking forward to further discussions with PP councillors, Ana Velasco and Susana Casano.

It is yet to be decided when the new rules will be implemented in the town.