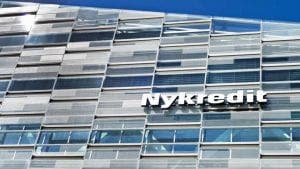 A BRITISH couple have told the Olive Press about their ‘eight years of hell’ after losing more than €1 million in a mis-selling case by a Danish bank.

Pensioners Eric and Mary Mould, 68, have slammed the ‘callous’ behaviour by staff at Nykredit and Sydbank after an appeal court finally awarded them almost €500,000 and allowed them to keep their home.

The Marbella-based expats had been just days away from having their €1.7million villa repossessed, when the Malaga appeal court overruled an earlier victory for the banks.

In the landmark ruling, the judge stated that neither entity was authorised in Spain to undertake an equity release mortgage in 2007.

“It led to eight years of hell, but I was always confident justice would prevail,” Eric, 70, originally from Essex, told the Olive Press.

“What I can’t believe is how callous the bank staff were and how long it has all taken,” added the former film industry boss, who claims to have had two strokes as a result of the stress.

“They showed absolutely no compassion and completely ignored any deals we offered them.

“They even came out of court laughing and joking when we all knew they were lying.”

The Malaga appeal court found that the pair were mis-sold their mortgage, the likes of which have been banned in the UK since the 1990s.

The pair had initially wanted to release €150,000 of equity from their property, but were encouraged by the banks, working in tandem, to instead take out almost €1.2million.

They were led to believe that around €1 million of this money would be invested by Sydbank through its Swiss branch.

The investment would then return enough money to pay off the original €150,000 loan.

However, Sydbank mishandled the money and lost over half of the original investment, leading Nykredit – the biggest lender in Denmark – to call it in and force the Moulds to foreclose on their house to repay.

After a long auction process, a winning bidder was just ten days from forcing them to register the property into their names, when the appeal judgement ruled the mortgage void.

It was found that Sydbank was never registered to operate in Spain, despite an office in Fuengirola and that Nykredit had no authorisation from the Danish regulator to grant loans in Spain for investment purposes.

The court noted that even if the banks had been authorized, there was a lack of evidence showing full disclosure had been given to the novice investors.

The judge deemed that the case was so serious that he awarded the Moulds the remaining €462,000 left from the initial investment.

“They are just callous,” Eric continued on the bittersweet victory, which the banks are attempting to appeal in Brussels.

“They are mercenaries that are not concerned with anyone’s health worries. I’d say I’ve had my two strokes because of this.”

The funds are currently in an account in Switzerland however as Sydbank Switzerland has recently declared itself bankrupt no access has been granted.

Eric said: “We are still waiting for things to settle down as Nykredit have raised an objection to the ruling.”

He added: “However we have come through it as a family and if anything it has made us stronger.”

The couples’ lawyer, Antonio Flores, of Lawbird, in Marbella,said: “They have been amazingly strong, in spite of the odds stacked against them at the beginning of this procedure.

“As for the bank’s employees, they have and still behave with unbearable arrogance.”