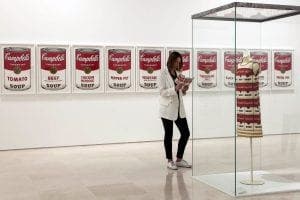 ANDY Warhol’s most iconic works have officially arrived on the Costa del Sol.

Visitors can now get up close and personal with some of his most famous pieces of art, such as Campbell’s Soup Cans, at the Picasso Museum in Malaga.

The exhibition, Warhol. Mechanical Art, promises to take visitors on a ‘journey’ starting with Warhol’s earliest work as a commercial graphic designer in the 1950s, with almost 400 pieces on display on loan from 45 different sources. 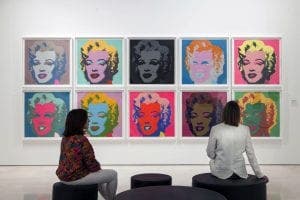 Showcasing paintings, sculptures, short films, photography, magazines and album covers, the exhibition is set to bring fans closer to the underground art world which emerged in the second half of the 20th century, when Warhol opened his legendary New York studio, The Silver Factory.

Aptly named Mechanical Art, the display focuses on the innovative way Warhol drew inspiration from the 19th century American industrial revolution by using machines to create screen prints and his interest in video forms of art.

Special emphasis has been placed on Exploding Plastic Inevitable – a series of live multi-media performances, which included performances with The Velvet Underground and Nico. 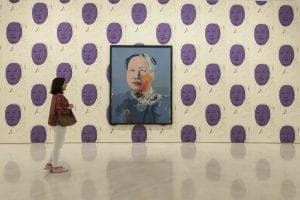 Warhol is still one of the most famous and most popular artists of all time, widely recognised as the inventor of pop art, creating iconic portraits of the likes of Marilyn Monroe, Liz Taylor and Jackie Kennedy.

Warhol. Mechanical Art will be on view from May 31 through September 16.