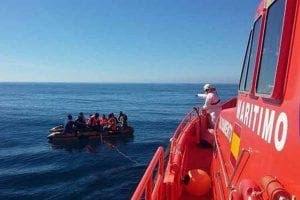 Global warming affects 64 million people currently, and could increase to 250 million in 2050, according to United Nations Environment Program (UNEP).

The left-wing political groups want an official government body set up to monitor the problem.

“Climate change is becoming a greater cause of deplacements than conflict, that’s why we can’t look the other way,” he said.

“We have to face the problem and take legal measurements that acknowledge this reality”.