A TEENAGER has been electrocuted to death in a swimming pool in southern Spain.

The tragic boy, 15, suffered a cardiac arrest after receiving an electric shock at a private pool in Andalucia.

Paramedics rushed to the scene in Cordoba but were unable to revive the local teen after he went into cardio-respiratory arrest.

The cause of the incident remains unknown but Police Nacional are investigating. 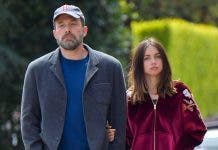