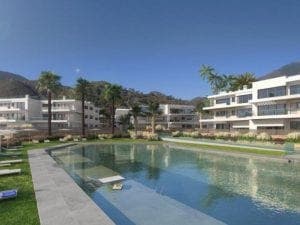 IT’S the first development to be built in Benahavis village for over a decade, and it’s already attracting superstars.

The Olive Press can reveal a current Premier League footballer has invested in the much-anticipated Riverside complex, on the edge of the popular town.

The player, who had a great season with his northern club, has asked to remain anonymous.

Scott Marshall at Propertiespain, which markets the scheme, was also tight-lipped about the star’s identity, but did confirm that he had ‘chosen one of the best apartments in the complex’.

He added that the purchase was a great sign for the proj- SELLER: Scott Marshall ect of 75 luxury apartments, with construction now underway.

“We are getting reservations every week,” said Marshall, “and it’s no surprise thanks to the high quality construction by stock market-listed Quabit.

“It also has an enviable location, which makes it an attractive investment. “We have Belgian, Dutch, Swedish, Argentinian and of course, British buyers, and are nearly 40% sold out.”

The eco-friendly homes are just a stone’s throw away from Benahavis’ buzzing restaurant and bar scene. 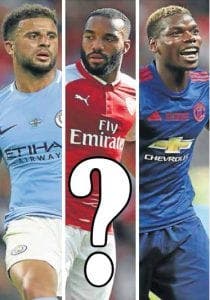 He explained that the firm building the homes, is one of the most popular and well-respected in the country.

The modern dwellings have taken everything into account, including the environment, as they are run using Aerothermia systems.

Aerothermia collects its energy from warm and atmospheric air and has been recognised as a renewable form of energy by the EU.

It means it’s up to 50% cheaper to heat your home as it uses only 25% electricity.

The 75 apartments all come with parking and storage space included in the price and there is a communal pool for residents.

Construction will be completed between the end of 2019 and January 2020.