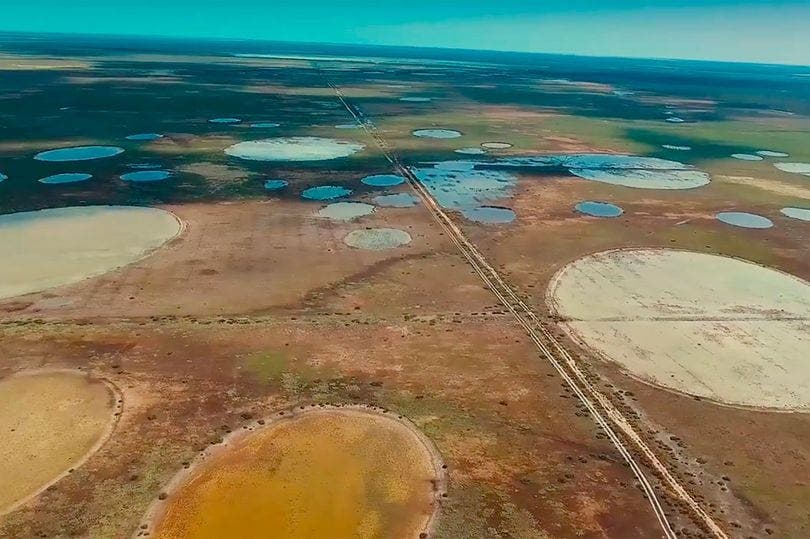 A NEW documentary has claimed the Lost City of Atlantis was in fact off the coast of Andalucia.

Maritime historian Tim Akers, head of research at Merlin Burrows which studied the pictures, also said ‘laboratory analysis’ of material recovered showed evidence of a type of cement not seen before.

“We have filmed clear evidence and have collected samples which have been scientifically tested in a lab in Modena, Italy, which is used to test ancient Roman finds.

“The results of the tests prove the age of the finds are older than Roman or Greek, and that they were more advanced,” Akers said.

The film was produced on the back of the new images, which were taken with the help of satellite imagery.

Filmmaker Donnellan said: “Finding and filming Atlantis has been life changing. Talk about a purpose.

“All my skill sets and passions have come together in the creation of this series of films. The discovery of Atlantis is monumental.

“Suddenly we know, not think, but know that humanity, in an advanced stage of development, existed, so long ago.

“And had existed undisturbed for many thousands of years prior to its destruction.

“The imagination boggles when considering their capabilities. We have a lot we can learn from this civilization, to help move our own into a better future.”

Dr Giacomo Falanga, from the Modena Centro Prove, a chemical testing laboratory in Modena, Italy, said: “These structures contain binders, like calcite. The presence of mica, potassium, and other trace minerals show proof of artificial mixing of materials, so the samples we have tested are made from an ancient, prehistoric concrete.”

Andrea Carpi, a space materials engineer from the laboratory, added: “We can confirm with certainty that the samples analysed were the creation of an ancient civilisation with advanced construction methods, which makes me believe that we’re talking about a civilisation with very advanced technology.”