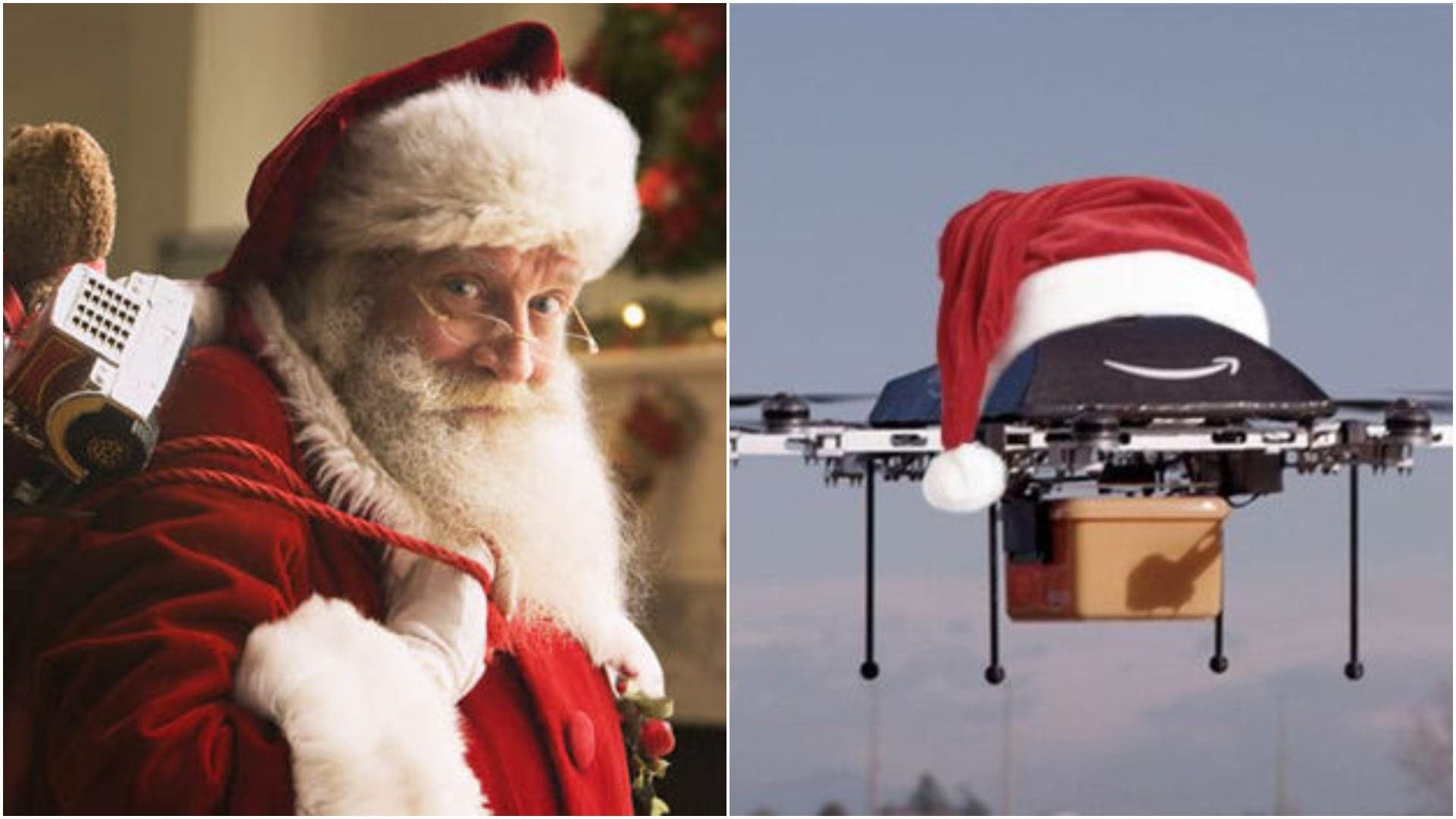 IF Santa has been keeping up with the news at his North Pole toy factory, he won’t have found much to ho-ho-ho about.

Parcel delivery by drones could be a reality next Christmas, making Santa and his red-nosed sidekick Rudolph old hat with bells on.

Amazon’s Prime Air postal service by unmanned, aerial vehicle is a prototype raring to go public and the website shows how amazingly simple the process is.

Step one: the customer places an order via a tablet or smartphone. Step two: at the warehouse, the package is placed into a sealed plastic box and rolls down a conveyor belt to the drone docking station. Step three: the drone lifts off with its consignment into the blue yonder, guided by GPS to its destination where it lands, drops off the package and returns to base. The goal is to get packages into customers’ hands within 30 minutes of ordering.

Serious competition for Santa? With baubles on according to online mathematician Greg Stevens. He worked out that by using F16s which fly at Mach 2 (a sight speedier than Amazon’s 50mph drones), a ‘Yuletide Swarm of 80 million could see worldwide delivery completed in just over eight hours’.

‘Besides which,’ he added, ‘reindeer are charming and all that but what child would not prefer the excitement of having a drone land on the roof on Christmas Eve?”

It all sounds like ‘Pi’ in the sky but Santa is already skating on thin ice. The jolly pipe-smoking figure with the off-the-scale Body Mass Index whose name is an anagram for ‘Satan’ is not the ideal role model for children in this politically correct day and age.

But robots taking over his job? Bah humbug! Santa shouldn’t hang up his sleigh bells yet because …