PLASTIC gets a bad rap these days – and for good reason.

Radiohead sang about Fake Plastic Trees back in 1995, using plastic as a symbol for the dehumanising aspects of modernity.

More than 20 years on, the fashion world is finding ways of giving the wretched material a more positive spin as a handful of designers and brands begin to weave recycled PET (polyethylene terephthalate) into their latest creations.

‘Slow fashion’ is the long-awaited antidote to the throwaway culture. And Spain’s coastline has become the source not only of a healthy Mediterranean diet but also of recycled thread.

Driven by frustration at the excessive use of the world’s natural resources, Javier Goyeneche set up Ecoalf in 2009 after the birth of his son in a bid to create a truly sustainable fashion brand. By 2015, his Upcycling the Oceans programme was plundering Spain’s – and Thailand’s – seas for plastic waste. Since then, 3,000 fishermen have reeled in 250 tons of it, subsequently turning it into sneakers and a range of jackets and coats that consumers can feel good in. 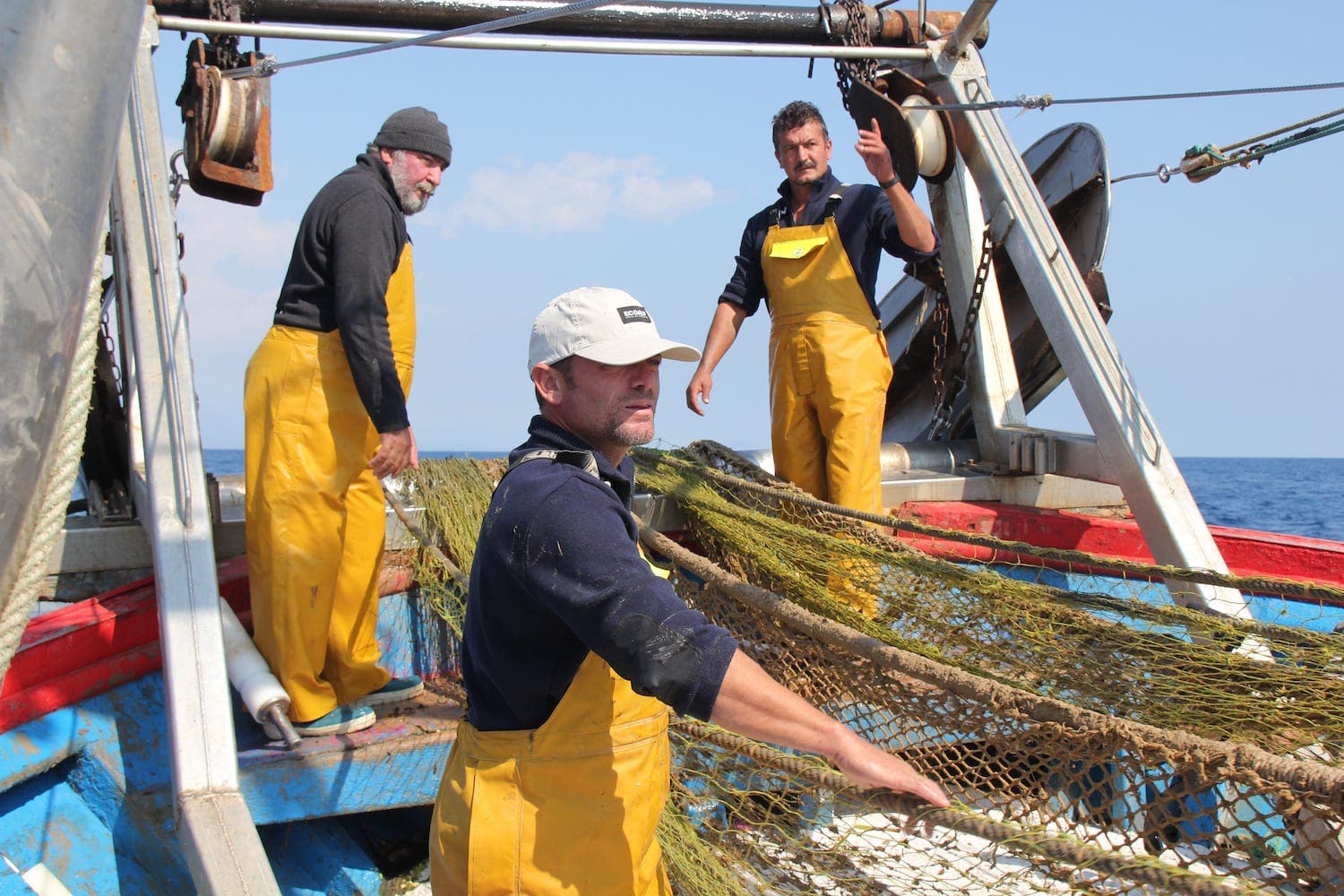 Meanwhile Spanish designers Juanjo Oliva and Moisés Nieto have come up with recycled plastic collections that have adorned Spain’s most prestigious catwalks.

Almost all the garments were cut from 100% PET fabrics into a no-frills all-weather look in muted shades of blue and black. As Juanjo says, the recycled PET fabric currently available is very similar to nylon.

“It is good for sportswear and rain gear,” the designer explained to the Olive Press.

“More sophisticated recycled plastic fabrics would be more expensive to produce and consumers are increasingly less sophisticated. In general, people don’t dress up anymore for the theatre or dinner. They don’t care about coordinating their gloves with their scarf and skirt. And there aren’t many who have silk or designer clothes in their wardrobes.

“The Olive Collection III was aimed at making clothes that people want. A raincoat can be cute or ugly. If it’s cute and well designed and people want to wear it and, on top of that, it’s using recycled plastic, it becomes an interesting project.”

Juanjo was selected by Ecoembes because of his cutting-edge and environmentally-friendly credentials. “Luckily, there are an increasing number of designers like Juanjo Oliva who are aware of the potential fashion has to drive new consumer trends and create a social conscience,” Elena López, head of Ecoembes communications, told the Olive Press. “And that helps to make these kinds of fabrics more ‘democratic’ and mainstream.”

What many of us don’t realise is that much of our clothing is made from various forms of plastic – just not the recycled kind. One look at the label and you will likely see polyester, acrylic, nylon and other synthetic fibres in the mix. These materials are far cheaper than the recycled variety, despite Ecoembes’ insistence that the price is not wildly different.

Ecoalf’s sneakers, for example, are over €100 and its jackets and coats closer to the €200 mark. Meanwhile, Juanjo’s collection [available from his shop in C/José Marañon 4, Madrid] has a price tag of between €300 and €600 which is, he says, cheaper than his other designs. But some sceptics are not convinced.

“The problem with making clothes from recycled plastic is that you are creating a material that is now indestructible,” says Paloma García López, the founder of The Circular Project, which supports 30 small designers exploiting recycled materials. “The PET is woven into other fabrics to make it more durable. But how do you recycle the recycled? The process of separating the plastic from these other materials is very difficult and expensive.”

Another drawback is that it is inadvisable to wear plastic-based fabrics against the skin due to the hormone disruptors connected to cancer. Sneakers and coats generally have a layer in between, but it does raise questions about the desirability of taking the concept further.

Juanjo, however, believes that we have to work within the framework of the world as it is.

“We’re not living in the 1900s on an Amish farm,” he points out. “Isn’t it better that the nylon you’re wearing against your skin is recycled? In any case, there is no natural fabric that hasn’t been through some kind of industrial process and all thread has some nylon in it, so we have to be realistic. Everything has its downside.”

Elena from Ecoembes rejects the notion that consumers might be lulled into believing that if plastic can be recycled in this way, there is no need to cut it out.

“Fortunately,” she says, “consumers are increasingly aware of the importance of caring for the environment. The study Brands with Values revealed that 60% of Spaniards prefer to buy clothes that have been made with the social and environmental impact in mind.”

But Paloma is not as upbeat about our consumer awareness. “I give talks at universities and the students end up with their mouths open,” she says. “They have no idea how much of their clothes are made from plastic, nor the amounts of polluting chemicals which are used in the production process. There’s also the social aspect. So many in the industry outsource to companies in the developing world where child labour is common. These are the things we don’t see.”

According to Paloma, fashion is now the second most contaminating industry on our planet, hard on the heels of the oil industry. “Clothes get thrown out and leak chemicals into the environment. We have to buy less.”

Juanjo agrees. He says greater thought needs to go into our wardrobe. “People have no criteria when they shop and that has to change,” he says. “People have mounds of clothes that lack character and design and all they do is fuel the consumer machine. Marketing has drilled it into us that it is good to buy on impulse and they’ve done a great job of turning us into sheep.”

It takes between 450 and 1,000 years for plastic to decompose – plenty of time for it to poison the planet’s ecosystems, and discarded clothes have become a huge part of the problem.

On the bright side, Paloma says, “I’m convinced we’ll get to the point where plastic stops being produced. Meanwhile, I understand we have to give what we have a use.”