AMAZON workers at their Madrid warehouse have gone on strike ahead of the Three Kings Day.

Staff walked out yesterday as part of a long campaign for better pay and conditions, before one of the biggest days of the Spanish national calendar on January 6.

UGT and CCOO are the unions who have called the strikes, which are likely to affect presents being delivered from Amazon’s biggest warehouse in Spain.

CCOO spokesman Douglas Harper revealed that 70% of staff at the warehouse had joined the strike.

“We have been protesting for a year,” Amazon worker David Matarraz told Reuters in Madrid.

“This is the richest company in the world and they want to keep profiting by taking away workers’ rights.”

Amazon staff in Poland and Germany are also striking, in the most recent protests against the multinational company since the Black Friday walkouts.

Meanwhile Spanish families are set to attend parades or Cavalcades on January 6, where sweets and presents are hurled into the crowds. 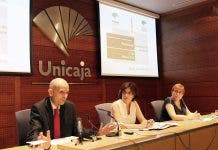