Investigators believe the 11,000 square metre estate in the El Zabal area was used to launder money.

The high-walled compound is in a neighboured plagued by drug gangs and the whole estate will have to be torn down.

The luxury pads, thought to be home to drug gangs, were built without obtaining a single permit and in flagrant breach of building codes.

A police source in Cadiz told El Pais: “The properties suggest a lifestyle that does not match the income declared by their owners or dwellers.”

Drug gangs provide employment in the poverty-stricken area of La Linea and have therefore earned the loyalty of many.

Police say there are 30 drug gangs in the area, while city chiefs claim there are 1,000 illegal homes in El Zabal.

It comes as Francisco Tejon, leader of the Castanas gang, handed himself in to police after two years hiding out in a network of villas in Los Barrios.

According to a source in the special money laundering task force of the La Linea police, the El Zabal luxury villas were ‘common knowledge’.

Some of those arrested are under investigation for drug trafficking, while police think the money to buy the land came from selling hash. 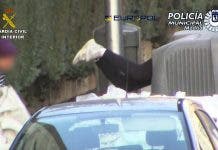 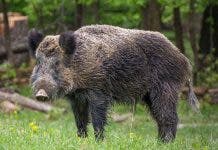