Dolphins in the Strait of Gibraltar | Mediterranean with Simon Reeve

It’s hard to believe how many dolphins and whales live in this small patch of water. ??BBC Two

THE BBC has filmed a segment about the plight of the dolphins in the Strait of Gibraltar for its new documentary series Mediterranean with Simon Reeve.

In a clip shared on Facebook, Reeve sails alongside the mammals in the Strait of Gibraltar with local campaigner and expert Rocio Espada.

Espada reveals that numbers of dolphins and whales in the Strait and the Mediterranean have halved since 1960.

She goes on to detail how many dolphins are being mutilated by fishing nets and boat propellers before several break the surface showing clearly damaged dorsal fins.

“The Mediterranean needs help,” Espada says in the teaser clip, “if we turn our back to it, everything will go.”

The four-part series is available on BBC iPlayer, with Espada featuring in episode four. 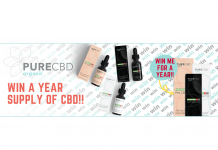