TRIBUTES have been pouring in online for the businessman who was brutally murdered outside his Marbella home yesterday morning.

Brits who knew Marco Yaqout, who was shot and killed inside his Bentley at around 4.30am, have described him as a ‘good friend’ and ‘happy go lucky’.

Lina Hodgkins, star of ITVBe’s LifeOnMarbs and now a marketing manager at Linekers Group in Puerto Banus, posted a picture of her and Marco, 49, on Facebook.

The businesswoman wrote: “The phone call at 5am this morning will stay with me for ever.

“My boss of 14 years Marco was killed. We argued like husband and wife over the years.

“Today remembering the good times of which there were many. Heartfelt sympathy to all the family. God bless.”

Sources told the Olive Press he is believed to have bought Wayne Linker’s shares of the business when he moved to Ibiza in recent years.

He was also a part owner of TOWIE favourite TIBU which he is understood to have run with two partners.

Friends told the Olive Press he was ‘well known and loved’ along the coast and was also pals with the likes of Muhamed Al-Fayed. 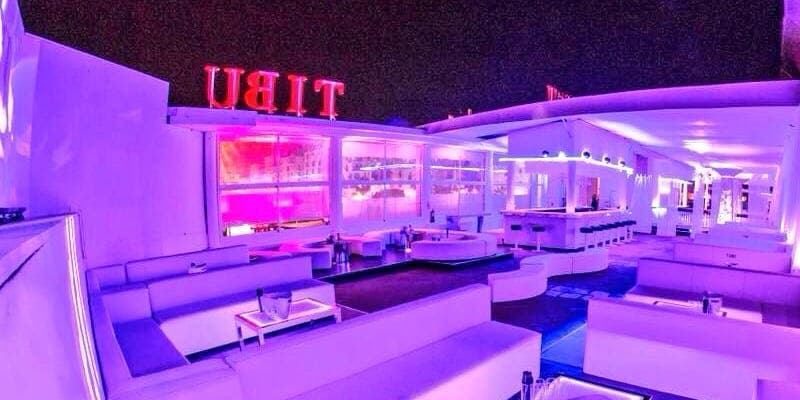 Good friend Garry Higginbottom, editor of Hot magazine, expressed his ‘shock and sadness’ at the killing.

He told the Olive Press: “My wife and I are gutted, he was a really good pal of mine.

“I’ve known him since we had Hot magazine in Tenerife many years ago, where he used to live, and we socialised with him often, he was one of the biggest movers and shakers on the Costa del Sol nightlife scene.”

He added that Marco had extremely good connections in Morocco, where he was originally from.

“He had very high up connections, including with the royal family, and was hoping to set up some sort of media business there.

“There will be loads of people at the funeral and most people will be wondering why on earth this happened.

“None of us were aware of any turf wars or feuds he was involved in, it seems utterly senseless.”

According to investigators, Marco was surprised by at least one shooter outside his white two-storey villa on Calle Guadiario in the Las Petunias urbanisation in San Pedro de Alcantara.

Trails of blood were still visible yesterday after he was hit by at least 12 of the more than 20 bullets.

The gunman attacked as Marco was entering his garage in what investigators have described as another ‘settling of accounts’.

“Shocked to hear a good friend has passed,” one friend wrote on Marco’s Facebook page, which has been turned into an ‘in memory’ account, “Good times and good memories.”

Another said next to a picture: “Marco as we remember him, a good friend, happy go lucky… We will miss you our friend.”

One Brit described him as a ‘lovely boss’ and a ‘great man’.

Police have not officially named Marco, whose real first name is believed to be Abdelhadi.

There have been no arrests.

An acquaintance of the latest shooting victim told the Mail Online: “He was one of three business partners known as the men who ran most of Banus.

“They were key players in the Banus nightlife scene.

“They had big links to the TOWIE crowd. People like Professor Green and So Solid Crew had played at Tibu.

“It’s known as one of the top places to go among British expats and holidaymakers in Puerto Banus.

“Everyone knew Marco. That’s why people have been stunned by this killing because it takes it to another level.

“If it is an escalation of what’s been going on and someone is having a crack at the nightclub scene, then it’s very worrying.”

It comes after 2018 saw one of the bloodiest years on the coast with more than 20 gang or Mafia-related shootings, kidnappings, murders and more.