THE UK has slammed Spain after its government described Gibraltar as a ‘colony’ in a footnote it inserted into EU legislation.

The document, which allows Brits visa-free travel to the EU after Brexit, was proposed in November.

It guarantees British nationals from Gibraltar can travel for short stays in and out of Spain and other countries in the Schengen area.

UK ambassador to the EU Sir Tim Barrow objected to the move at a meeting in Brussels, before 10 Downing Street issued an official comment.

A government statement read: “Gibraltar is not a colony and it is completely inappropriate to describe it in this way.

“This will not change due to our exit from the EU. All parties should respect the people of Gibraltar’s democratic wish to be British.”

Although the amendment will not affect citizens’ rights, the document will remain unchanged, as it was voted on by the other 27 member states of the EU.

Picardo told the BBC: “No one will be surprised to hear the Spanish government making provocative statements in respect of Gibraltar.

“The 32,000 people of Gibraltar are used to the constant attempts by successive Spanish governments to bully us in every possible way.

“This is no different to the sort of abuse we have had from former Spanish administrations.”

The amendment to the EU text is the latest in a series of inflammatory attempts by Madrid to use the Brexit negotiations to stake a claim over Gibraltar.

In December a Spanish warship was filmed illegally patrolling the waters of the British Overseas Territory blaring Spain’s national anthem.

Spanish Prime Minister Pedro Sanchez also insisted in January on excluding the Rock from all of its post-Brexit agreements with the UK. 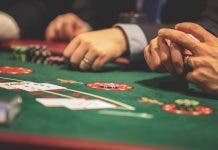