RYANAIR has announced new routes from Alicante to the UK, Ireland and other European destinations.

From winter London Southend will receive five weekly flights from Alicante Airport, while there will be two weekly journeys to Cork.

The low-cost airline also announced 96,000 extra seats on its 11 pre-existing routes from Alicante, five of which are to the UK.

Among the operator’s other new European destinations from Alicante for winter are Marseille, Porto and Toulouse, which will each be serviced by two weekly flights.

It comes after Ryanair revealed that this summer it would run two weekly flights to Bordeaux and a further three to Munich.

With the latest additions to its winter calendar, the Dublin-based airline said it would now transport over 4.9 million passengers through Alicante – a growth of 14%. 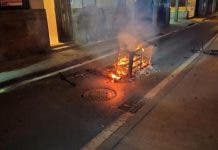