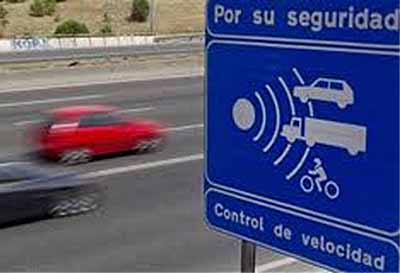 THREE of the five most prolific speed cameras in Spain are in Malaga, new figures have revealed.

According to the General Directorate of Traffic (DGT), the camera at kilometre 246 on the A-7 in El Palo, heading towards Almeria, is the third most active in the country.

This was followed by a camera on the same motorway, in Rincon de la Victoria, which snapped 47,000 speedsters.

Rounding out the top five was the much-hated camera just before the Carlos Haya tunnel entrance heading from Malaga towards Torremolinos, which flashed 36,741 times in 2017.

The DGT collected €70 million from such cameras in Spain in 2017.