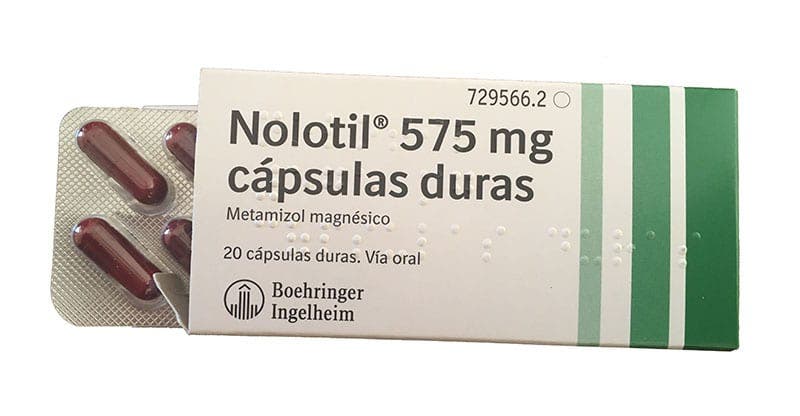 The Olive Press can reveal that a hospital on the Costa del Sol handed expat pensioner Keith Caldwell, 78, the danger drug following an operation this month.

Fortunately his wife realised soon after doctor’s administered the drug, which has been banned in the UK, US and most of Europe.

“When we realised he had already had two bottles of Nolotil I was shocked,” Sylvia Caldwell, 71, told the Olive Press this week.

“I know it does not affect everyone but there is always a chance which was worrying.”

Caldwell had been administered Nolotil via a drip while recovering from a gallbladder operation at Malaga’s CHIP private hospital.

This was despite hospitals and clinics around Spain outlawing or warning patients about the drug, including Marbella’s Costa del Sol hospital.

The Olive Press helped raise awareness of the drug after we launched our Kill The Drug campaign in 2017.

Nolotil has been found to cause sepsis and a rapid drop in white blood cells leading to the deaths of several british holidaymakers.

Fortunately, in this case Keith suffered no ill effects, but Sylvia has said the ‘scary’ incident left her deeply concerned for other expats.

Medical translator Cristina Garcia del Campo, who has consistently campaigned against the drug for years, told the Olive Press: “Unfortunately, this is happening quite a lot, people never know when they are going to be given Nolotil.

“I believe people will only be safe once it has been fully banned.”

In November Spain’s medical agency AEMES issued a directive to all healthcare bodies to stop giving the drug to British and Irish visitors, unless carefully monitored.

It came after Garcia del Campo presented hundreds of cases in Madrid, many of whom had been uncovered by the Olive Press. The hospital failed to comment.