Well, I have not really had oodles of time to do much pondering lately, mainly due to being packed off to the land of tea, fish and chips, Yorkshire puds and…dare I mention it, Brexit!

Despite my original promise when I wrote my debut column a few weeks ago, assuring my reader and his cat that I would not mention the B-word, I feel I have to just throw out there, my recent conspiracy theory regarding the relative lack of Brexit crap of late.

It would seem to me that the latest ploy to take our attention away from the most expensive and embarrassing balls-up in the history of the jolly old Untied (no that isn’t a typo) Kingdom, was everyone’s favourite shouty-man, Jeremy Kyle.

Now, I have very rarely watched his programme, mainly because five minutes of it made my ears bleed and my eyes glaze over in total disbelief, but I am pretty sure that the recent TV disaster made Señora May sigh with relief, as the tabloids, TV, radio and the whole world and his wife went hell for leather on the rights and wrongs of Jerry’s entertainment and took the heat away from her for a while.

So anyway, another Jeremy bites the dust it seems, following in Clarkson’s footsteps (although, sorry, I have to admit having a soft spot for that particular bad boy as he does make me chuckle).

Now only Corbyn to go and we have a winning treble.

Digressing again it seems, as my point was to tell the tale of my trip to Essex last week.

I have a beautiful daughter who lives there and as much as I love living in Spain, I do have to have a regular dose of her infectious giggles from time to time.

When the plane touches down on that green and pleasant land, I do think about what I actually miss about England, but I have to admit that, apart from a few special people, there is not that much to lure me back.

This particular trip did not start so well because I had totally forgotten that Ryanair changes its baggage rules more often than I have replaced the empty loo roll.

So, having packed everything into one cabin bag and made sure that my jacket pockets were big enough to store a laptop and half of Boots’ cosmetic counter, my daughter and I set off for Alicante airport, where, upon arrival, we were informed by the flashing board that our plane had been delayed.

Oh well, it was only 55 minutes, so we could browse the Toblerone and smell the latest designer aromas at leisure in Duty Free.

Having stuffed my smell-u-like €9,00 Mercadona spray and three bars of MasyMas fruit and nut choc into the aforesaid case, I resisted the urge to part with a few hundred Euros for some Dior and three bars of chocolate with two thirds of it missing!

We toddled along and checked the flashy box again, whereupon we established that another hour had been added to the delay.

Oh well, hungry anyway, so we went and played with the Burger King one-armed-bandit, managing to order some fast food, but without the 50 cents-worth of dressing I wanted as I do not hold a degree in Sauce Communications, so had to give it up and accept that I must do battle with the free, impossible-to-open-without-the-correct-tools plastic pouch of ketchup.

By this time the airport was running amok with disgruntled, delayed passengers from all parts of the world and by the time we found a table, I had learned to swear in eight different languages.

The chips were worth the wait though.

By now, I assume you realise that all was not well at Alicante airport and our flight had been put back yet again.

Do we know what is causing this?

No of course not, but hey-ho, the gate number had come up, and naturally it was the one furthest away from where we usually board, but at least we could walk off those chips.

Within just 30 minutes, we had arrived at the front of the queue, showing off how well we had packed our tiny cases with everything a woman needs for five days, when we were told that we should have booked priority and that I now had to pay and return to the naughty step at the back of the queue and wait for Mr Ryanair and his trusty card machine to come and relieve us of €40, the cases, and our dignity it seems.

It was my intention to tell more about our adventures in England but it seems that I have had my usual attack of verbal diarrhoea and I have already exceeded my Olive Quota for this week.

Although, I cannot sign off without revealing the cause of airport mayhem, which continued for yet another 90 minutes, sitting on the plane while we waited for ‘Monsieur Le Misery’ to allow us to fly over their airspace.

Our journey home, five days later, you will not be surprised to hear, was equally as stressful and I didn’t even get to Burger King that time.

But that story is for another day.

In the meantime, it was worth all the hassle just to have that bowl of jellied eels! 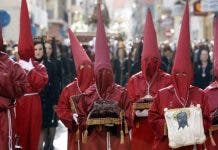 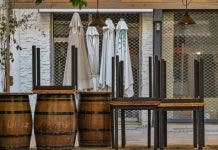