THE largest police operation in Spanish sporting history has ended successfully in Madrid.

A combination of lenient, restrained policing and good-natured fans turned a potential Champions League final nightmare into a game of cricket in the capital.

The statistics are nothing short of amazing.

As the huge clear up operation got underway on Monday morning, it emerged that only 11 arrests were made out of an estimated 100,000-plus British fans who descended on the capital at the weekend.

The 4,700 cops tasked with the job of policing the all-British final generally behaved admirably, in comparison to their counterparts in Sevilla and Barcelona over recent years.

Their aim was to contain the big groups of rival fans from Liverpool and Tottenham, the vast majority who arrived without tickets and many without accomodation.

Far from the feared predictions of widespread ‘hooliganism’ in the Spanish press, the weekend, passed off almost entirely without incident.

“The fear of hooliganism has been just that; fear, as the British fans behaved with enthusiasm and cordiality,” reported El Confidencial.

With the exception of a few idiots, the mood was extremely friendly with fans mixing well and the police generally playing their part admirably.

There was only one report of brutality where, allegedly, 50 Spurs fans got ‘battered’ outside a bar near Puerto del Sol.

The only recorded offences were for drug possession, assault, flying a drone and public indecency.

And one British woman was arrested for selling fake tickets.

The 32-year-old apparently told two fans she could get them into the game at the Wanda Metropolitano stadium for €8,400, before the pair notified police.

Another Liverpool fan, who had been reported ‘missing’ by his family, is now known to have been arrested in the early hours of Sunday morning.

Macauley Negus, 23, from Plymouth was found by police lying ‘semi-naked on Calle de Goya  at around 2am, before he attacked them and was arrested.

A trio of British fans were also nabbed by plain-clothes officers on Saturday after they stole another fan’s ticket and attempted to rob a TV camera from Spanish channel La Sexta.

Aside from mountains of empty beer cans – and the odd hour of lost sleep, which they are famous for anyway – Madrilenos will be feeling the Champions League benefits for some time to come.

Over the weekend an incredible €60 million was said to have landed on the city, with the average supporter spending €150 a day on top of travel, accomodation and tickets.

And it’s easy to see why, with some bars charging €15 a pint and hotel prices increasing their prices by 200% more than the average rises at previous finals.

Around 95% of the city centre’s hotels were occupied on Friday and Saturday night, according to the Hotel Business Association of Madrid (AEHM).

The average price of a city centre room soared to €5,000, while the cheapest hostel bunk beds rose to €500.

As the Olive Press reported, a luxury two-night stay at the Santo Mauro Hotel, where David Beckham once lived, was €26,000.

Local entrepreneurs also cashed in bringing in trolley-loads of cold beers at just €4 a throw.

UK flights to Spain spiralled out of control too, as both teams reached the final in dramatic late semi final wins.

Almost all trains out of the city were full, including those to the Portuguese cities of Lisbon and Porto, where many fans flew to.

One female fan had to take a combination of three flights and two trains to reach Madrid, while many drove 24 hours straight from the UK.

One Tottenham fan told the Olive Press about his 24-hour journey from Australia to Madrid, costing him €10,000.

Darren Ashley, 48, whose dad lives in Manilva, near Malaga, flew from Sydney to Melbourne, then Abu Dhabi and on to Madrid, and also bagged himself a match ticket for €5,000.

The father-of-one, who travelled with his girlfriend Emma, said: “It was a blur, 90 minutes went by in 15 seconds.

“The Spanish stewards were amazing and our end was a sea of a thousand white flags, kids, dads all together.

“To be there gave me memories of my dad Alan taking me to White Hart Lane as a kid.” 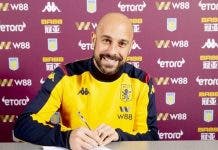