The Spaniard, 37, is due to play at the Queen’s tournament in London this week, teaming up with Murray, who is back from hip surgery.

Lopez, the former world number 12, and his former playing partner, Marc Lopez, are accused of match-fixing during Wimbledon 2017.

Feliciano Lopez has denied all allegations against him, and said he had never met those at the centre of the probe, former Real Madrid star, Carlos Aranda, and ex-Leeds player Raul Bravo.

“I absolutely deny any link with events described in relation to the allegations of match-fixing,” said Lopez, who is oncourt with Murray later today.

Spanish police intercepted a phone call, where Aranda discussed getting 50% commission on bets placed on the Lopez pair losing their first match of the 2017 Championships.

That is according to Spanish paper El Confidencial, whose report suggests Lopez and Lopez threw the match, which they lost in four sets, to Australian underdogs John-Patrick Smith and Matt Reid.

Lopez gave statements to the media about his alleged crimes, after beating Marton Fucsovics in the Queen’s singles on Wednesday.

He said: “Unfortunately, all tennis players are public figures and are used to having our good name used beyond our control.”

Andy Murray’s camp and the Tennis Integrity Unit both declined to comment on the allegations. 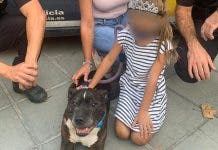