ONE of Benidorm’s most iconic landmarks has been partially demolished in search of ruins that authorities ‘don’t know’ if they will find.

Tourists, families and lovers come to the Mirador del Castillo every year to preserve their memories among the white balustrades with sweeping views of the blue Mediterrenean Sea.

But bulldozers have now demolished the site to uncover the remains of a fort built in 1325 that could have ‘completely deteriorated’, according to a statement from Benidorm mayor Toni Perez.

“It seems crazy. A lot of our members are devastated by it,” founder of Benidorm Seriously Facebook group, Tracy Ann Essex, told the Olive Press.

“People come back here every year to take photographs with families and friends, and they’re doing this in peak British tourist season.”

The archeological dig is based upon two discoveries, in 1993 and 2014, that suggest the Mirador lies upon a castle dating back to 1325.

A spokeswoman for Benidorm Town Hall told the Olive Press the castle is contemporaneous with the ‘city’s foundation charter’, making it the very ‘birthplace’ of the international destination.

“The modern city of Benidorm began here, so it’s very important we can learn as much as possible about what’s left,” she said.

She added the Town Hall had their ‘hands tied’ as €500,000 of European Union funds were only just granted.

The grant, part of the Operational Programme FEDER 2014- 2020, also stipulated the works must be completed by ‘November 1’.

“We applied for the money last July, but because of administration we could not begin until now,” the spokeswoman said.

Dave McQueen, owner of Benidorm Holidays Ltd, doubted however that the works will go smoothly.

“With this being Spain, I think the words ‘mañana, mañana’ come to mind,” he told the Olive Press.

The Benidorm Town Hall spokeswoman responded however that the Mirador will be built in ‘the same aesthetic as before’.

The only difference will be the displaying of any remains currently lying beneath the iconic landmark.

The works come as the Town Hall has also dug up the Tossal de la Cala in search of Roman ruins from the 1st century BC, after receiving €200,000 from the same EU programme for cultural heritage. 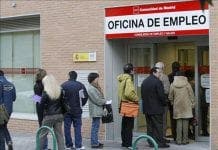 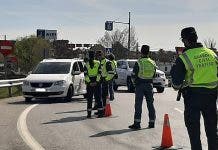 Alex Trelinski - 1 Dec, 2020 @ 10:30
FIVE British people, have been arrested in the Teulada-Moraira area of the Costa Blanca over a big marijuana growing operation.