‘GET us a copy of the Lemon Tree, love!’

Hmm…doesn’t quite have the same ring to it does it?

But that’s what the Olive Press would have been named were it not for a chatty Spanish olive farmer.

Jason Heppenstall, who originally founded the paper, in the Granada village of Orgiva, reveals in his new book how the night before printing its first edition he was inspired to change the name.

“None of us were happy with it,” the 48-year-old, from Solihull, recalls today, “then the night before I was chatting to my olive farmer neighbour and he kept saying ‘olive press’ this and ‘olive press’ that and it just clicked.”

It’s just one of dozens of quirky, hilarious and somewhat unbelievable episodes behind the founding of ‘Spain’s now most popular expat newspaper’. 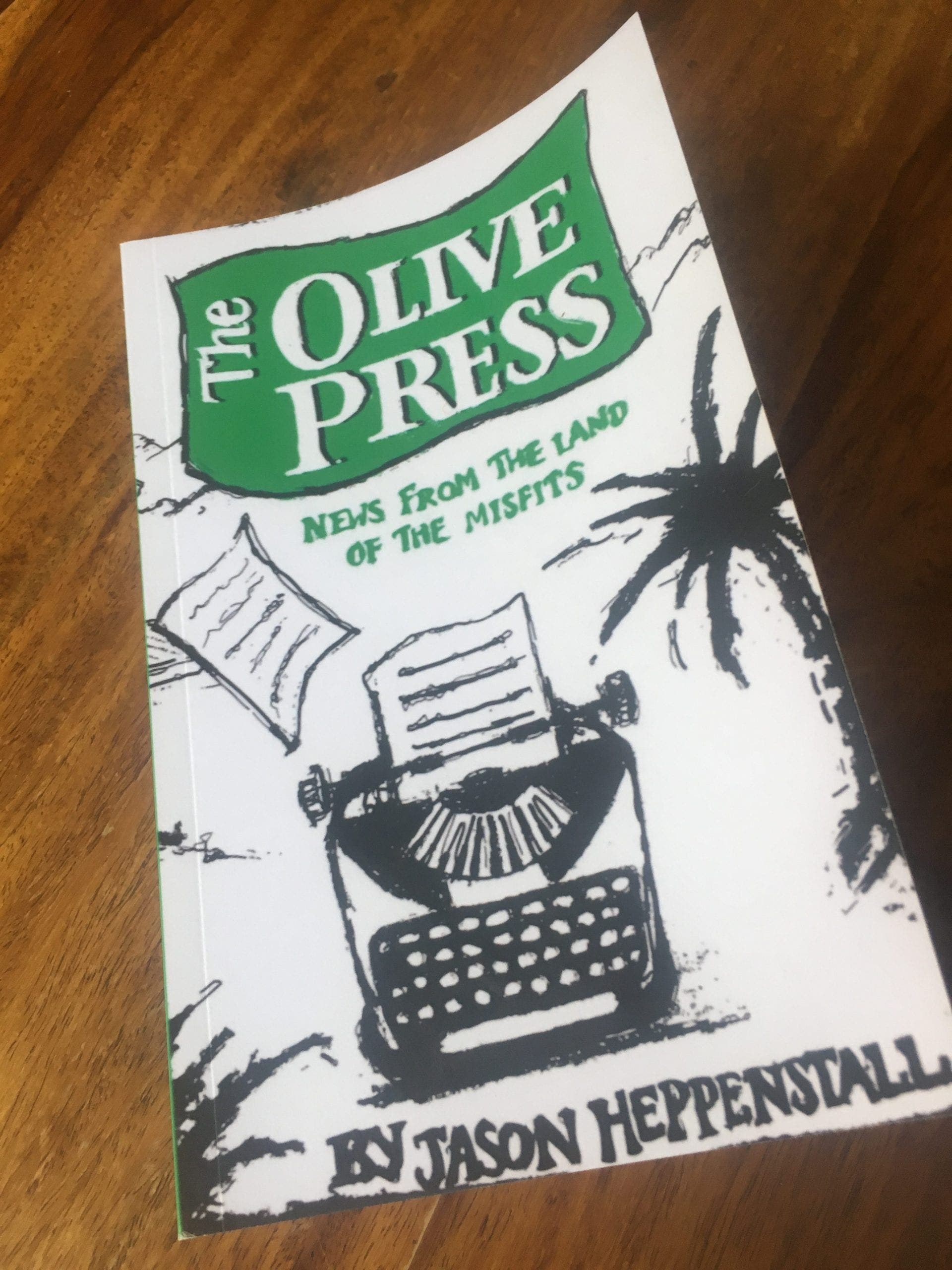 The Olive Press: News From the Land of Misfits – available to order on Amazon – chronicles the trials and tribulations of launching a newspaper in Spain and the funny mishaps – and characters – that pop up along the way.

“It’s hilarious in parts but also has a bit of an edge to it,” explains Jason, a former energy trader, now based in Cornwall, who wrote the majority of it 10 years ago, two years after selling his majority share to current owner Jon Clarke.

“It was all set to be published but the publisher wanted to cut out all the juicy bits so I said no and put it in a draw and only discovered it again recently,” continues Jason, who returned to the UK, via Denmark with his Danish wife and two children.

And those juicy bits are? Well, you’ll have to read the book to find out, but Jason teases: “After we printed our first edition, we saw famous expat Driving Over Lemons author Chris Stewart walking along the street with a copy of it – except he was using it to hold his greasy churros!”

Who would have thought that almost 15 years later the paper would be working on a campaign with Stewart in his hometown of Orgiva in a bid to stop a string of electrical pylons from destroying the picturesque region?

“I’m so proud of the paper and what it has become,” added Jason, “we originally launched it to give people and the expat community in the Alpujarras region a voice and obviously it has grown a lot since then.

“But it’s great how things seem to have come full circle at the same time as me publishing a book about it all.”

The current owner Jon bought into the paper within its first few months alongside Jason and co-founder Mark, a Yorkshireman.

Clarke, who initially launched a Western Andalucia edition having worked for 10 years in Fleet Street, said: “I have never had anything less than the ultimate respect for what Jason and Mark did – as I wouldn’t have been able to do it alone – and the foundations they laid were invaluable, particularly the ethos of the Olive Press being environmental in slant and highly geared to highlighting local corruption in what was, then, one of Europe’s most corrupt countries.”

Look out for a serialisation of the book in the Olive Press coming soon.