A NORWEIGAN crime series is on the hunt for a man who disappeared after travelling to near the Costa del Sol almost 10 years ago.

Asted Norge wants to know who the missing man (pictured in the yellow t-shirt) is posing with in a photo taken in Tarifa.

The snap was taken on Calle San Francisco back in May 2010.

The missing man took a train from Oslo in Norway some days later and disappeared without a trace.

Police only found his tent and camera, which only had two photos, both containing the mystery man from Tarifa.

He has still not been tracked down by investigators. 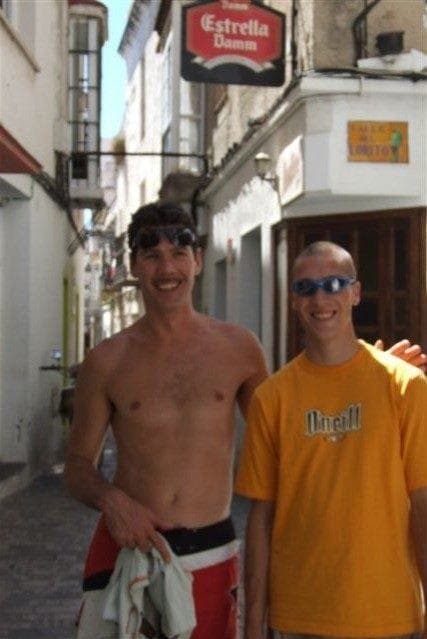 Norwegian journalist Lene Dreyer  contacted the Facebook group Gente de Tarifa – Cádiz to disseminate the photo in case someone recognises the photographed individuals and can provide some information.

Do you recognise either of the two men in the photo? Contact newsdesk@theolivepress.es