IT’S a moment we all dread to think about.

Someone begins choking and there’s no one around who knows what to do.

For two children this week, that moment came, but with two very different outcomes.

One newborn baby, just 11 days old, was saved thanks to three nearby Policia Local agents who knew how to perform the Heimlich Manoeuvre.

A teenage girl, 15, however, died on the playground in Jaen after choking to death on a sandwich.

You never know when the moment might come that someone near you will begin choking.

So what do you do?

According to NHS guidelines, if the airway is only partly blocked, the person will usually be able to speak, cry, cough or breathe.

They’ll usually be able to clear the blockage themselves.

To help with mild choking in an adult or child over 1 year old:

If the choking is severe, the person won’t be able to speak, cry, cough or breathe. Without help, they’ll eventually become unconscious.

To carry out a back blow on an adult or child over one year old:

Don’t give abdominal thrusts to babies under one year old or pregnant women.

To carry out an abdominal thrust:

IF A BABY IS CHOKING 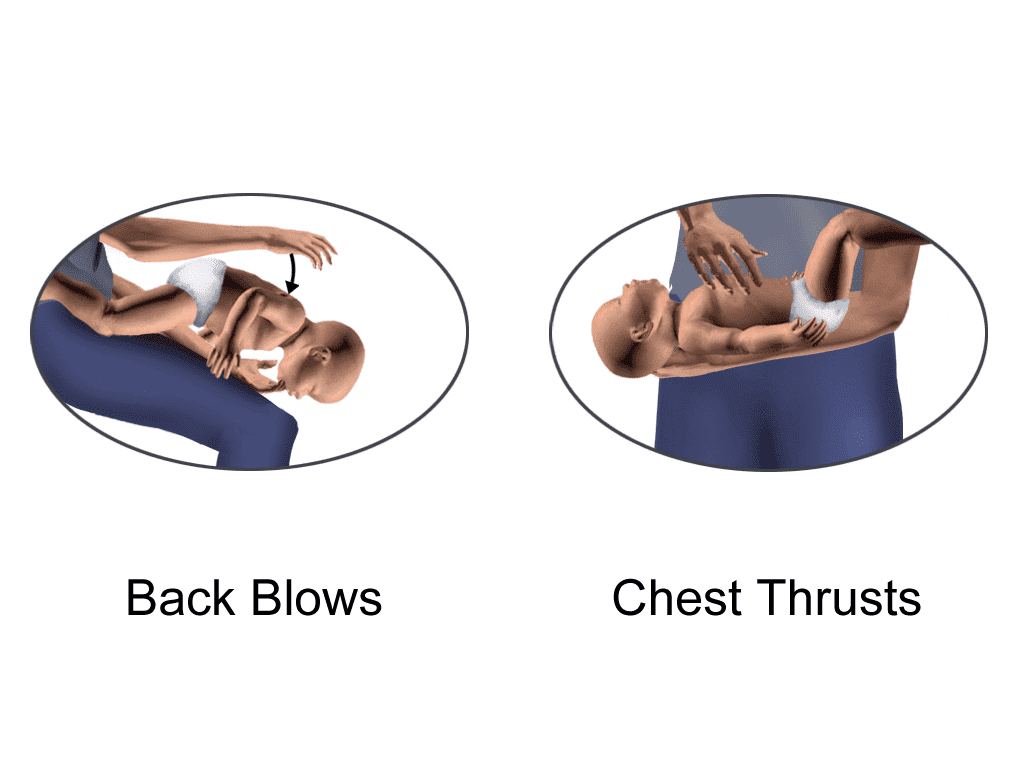 If you can see the object, try to remove it. Don’t poke blindly or repeatedly with your fingers. You could make things worse by pushing the object further in and making it harder to remove.

If your child is coughing loudly, encourage them to carry on coughing to bring up what they’re choking on and don’t leave them.

If your child’s coughing isn’t effective (it’s silent or they can’t breathe in properly), shout for help immediately and decide whether they’re still conscious.

If your child’s still conscious, but they’re either not coughing or their coughing isn’t effective, use back blows.

Back blows for babies under one year

Back blows for children over 1 year

Chest thrusts for children under 1 year

Abdominal thrusts for children over 1 year

If a choking child is, or becomes, unconscious, put them on a firm, flat surface and shout for help.

Call emergency services, putting the phone on speakerphone so your hands are free.

Don’t leave the child at any stage.

Open the child’s mouth. If the object’s clearly visible and you can grasp it easily, remove it.

Start CPR if help is slow to arrive.