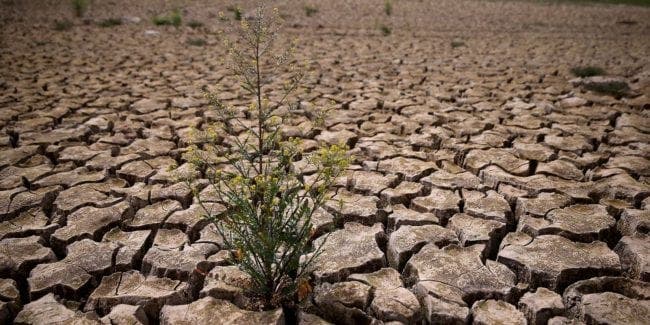 A CLIMATE expert has warned that the Mediterranean is being hit the hardest by global warming.

According to Wolfgang Cramer, the temperature increase in the region has already reached 1.5C above pre-industrial levels, making it 20% faster than the global average.

But what’s coming next is much more terrifying.

If nothing is done to reduce greenhouse gases, the temperature increase by 2040 will stand at 2.2C, before climbing to as high as 3.8C by 2100.

In a new report, the scientific director from the Institute of Biodiversity and Ecology warned that in just two decades, some 250 million people will be hit by water shortages due to droughts.

The warning was presented at a meeting of the Union for the Mediterranean in Barcelona yesterday.

The group includes EU states and countries in the south and eastern Med.

The findings come after more than 80 scientists began working on the ‘first ever comprehensive scientific report on the impact of climate change’ in the region in 2015.

“Never before had there been such as complete synthesis as this,” said Cramer.

More troubling, is that millions of people are vulnerable because they live close to the sea and are generally poorer, meaning they can do little to protect themselves or move away.

Heatwaves will only become more intense and for longer periods and will bring extended periods of drought, the report added.

Cramer hopes his study will ‘provide balanced information about the risks for the entire Mediterranean basin’ to the people in power.

The scientist added: “The North needs to help the South to adapt, to guarantee stability for the economies of southern countries. Every tonne of CO2 that is reduced makes a difference.”

In a telephone call to El Pais he said: “If we don’t plan for this, it could become a very important destabilisation factor.

“But if we manage to incorporate it into our policies, it could transform into an opportunity to improve our cooperation and achieve progress that is fair, lasting and equitable in the entire region.”

Grammenos Mastrojeni, another expert, warned that that poor populations, who will be forced to move when extreme drought risks their livelihood, are more at risk of falling prey to human smugglers or terrorist groups.

“This is not happening in the [Mediterranean] region yet, but it is in the area around Lake Chad, where [terrorist organization] Boko Haram is gaining many followers due to the collapse of the ecosystem, which provides no more living opportunities,” he said.