The minister made the comment during a statement at Moncloa Palace today following a day of protests and violence.

Most of the outbursts occured in the Via Laietana area, where it is estimated some 400 ‘organised’ seperatists staged a violent onslaught against police.

The center of Barcelona now. People still in the streets claiming 3 demands in spite of the police attacks:
– Free them all
– No more Spanish brutality
– Let’s votec pic.twitter.com/y46fZv63E8

Some 207 agents have been injured, including one seriously, a Policia Nacional officer who was struck in the head with a rock.

“We will apply the Criminal Code with all forcefulness,” the minister warned the radicals, warning that they face up to six years in prison.

Some 525,000 people took to the streets of the Catalan capital today in support of the convicted separatist leaders – the majority of them marching peacefully.

Minister Marlaska said arrests have already taken place and that many more will come tonight.

Among them, he has cited the arrest of two people who were part of a far-right group as alleged perpetrators of an assault on a young man who was participating in another concentration.

At least 107 police vehicles, from Policia Nacional and Mossos d’Esquarda, have been vandalised.

The protest is continuing into the night. 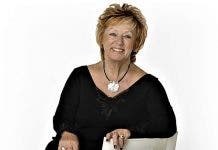 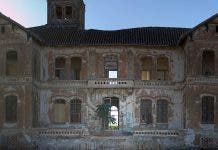 Alex Trelinski - 31 Oct, 2020 @ 14:59
ALICANTE-ELCHE airport's title is to be expanded to include the name of the famous Orihuela poet, Miguel Hernandez. The...