BRITAIN is heading for a general election before the end of the year, after Jeremy Corbyn said Labour would support a bill backing a December poll.

The Labour leader has said he is willing to support an election bill, which parliament will vote on later today, now that the EU has said it will give Britain a Brexit extension until January 31.

The delay agreed by the EU yesterday means that a no-deal exit from the EU has been stalled, at least for a few months.

The Labour leader had previously said that he wouldn’t accept an election until no-deal was off the table.

He said: “I have consistently said our support [for an election] is subject to a no-deal Brexit being off the table.

“We have now heard from the EU that the extension of article 50 to 31 January has been confirmed, so for the next three months, our condition of taking no deal off the table has now been met.”

The Lib Dems and the SNP have already said that are willing to back a December election, but haven’t yet agreed on a date with the government.

Boris Johnson’s government initially proposed December 12 for an election, but have indicated they are willing to be flexible with the date.

The Lib Dems want an earlier date because they fear the December 12 date will still give Boris Johnson time to ram his withdrawal agreement through parliament.

The UK was due to leave the EU this week on 31st October.

The prime minister had repeatedly said the UK would leave on the Halloween deadline with or without a deal.

However, parliament passed the Benn Act – which forces him to accept the EU’s offer of an extension. 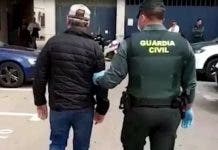 WATCH: Madrid’s top botanical garden gives its tulips to staff in 7 hospitals as show of thanks during the...