MORE than 80% of Spain’s egg-laying hens are still locked up in cages, new Government data has revealed.

In total 30 million of these animals live in the ‘stressful’ and ‘overcrowded’ conditions provided by the ‘furnished cage system’.

The hens are in ‘constant stress’ and are forced to lay around 470 eggs in a 100-week period, according to El Pais.

Hens’ beaks are also allegedly trimmed, while the animals are kept without sunlight, each living in a space the size of a piece of paper.

Spain houses 82% of its hens in these kinds of cages – the highest percentage across the European Union (EU), along with Portugal.

The EU average stands at just 52%, while other countries in the 28-member bloc, like Germany and the Netherlands have just 10% of their total eggs coming from furnished cages.

Despite the seemingly shocking statistics from the Ministry of Agriculture, Fisheries and Food, there is evidence that attitudes in Spain are changing.

Welfare-conscious egg production increased from 7% in 2016 to 17.6% in 2018, according to data from the Spanish Egg Producer Society (Aseprhu).

Furnished cages were originally designed to be an improvement on the ‘battery’ method of hen farming.

But, according to the RSPCA, the cages are still a problem, as hens’ natural behaviour is ‘not able to be expressed’.

The animal welfare group said: “There is a very limited ability for hens to forage and ground-scratch – areas provided for foraging are not adequate to meet the birds’ needs.” 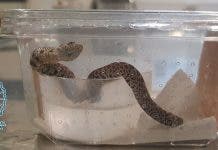 Dogs in Spain paying a coronavirus price as abandonments soar