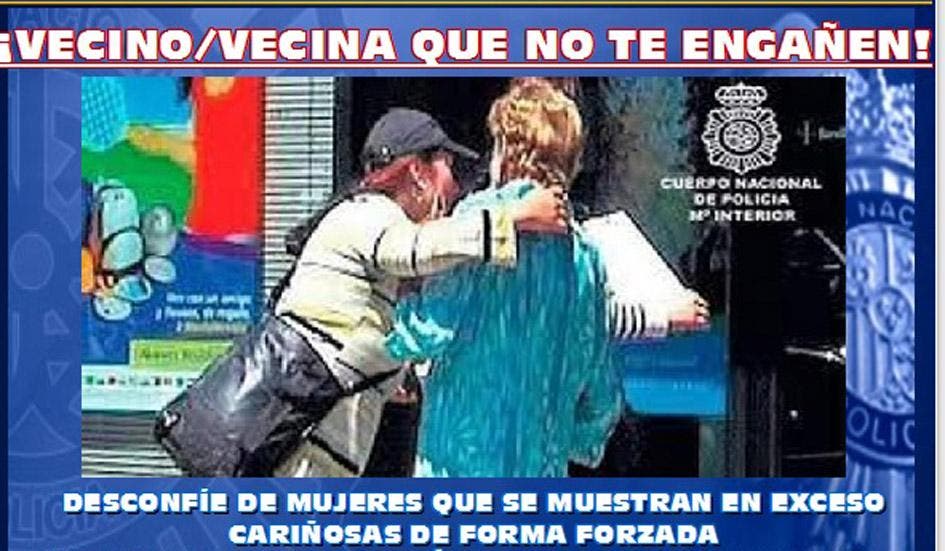 POLICIA Nacional have launched a campaign to tackle a growing epidemic of ‘affectionate’ pickpockets in Andalucia.

The police force will be holding talks across public and private institutions in Jerez to inform the public of the tricks of the trade of the scammers.

It will also aim to inform the elderly on how they can denounce and pursue justice in such crimes, given that they are the biggest target.

Known as ‘affectionate thieves’, their typical modus operandi is to approach a victim in the street pretending they urgently need help.

The typical excuse is that they or a friend are very ill and need directions to a pharmacy or medical centre.

They are overly affectionate with the mark and hug him or her once they have been given directions or helped.

It’s all an excuse to get close enough to the victim and to distract them while they pickpocket them.

They also pretend to be distant relatives who they haven’t seen for many years or in the case of men, young women pretend to be attracted to them and flirt with them to get close enough to snatch their valuables.

Have you been a victim of such scammers or seen them operating in your area? Contact newsdesk@theolivepress.es