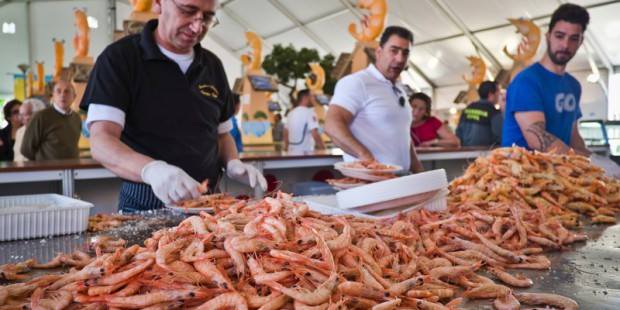 SPAIN’S Ministry of Health has warned against sucking the heads of prawns.

The health body has sounded the alarm over high levels of cadmium (Cd) in the crustacean, a heavy metal associated with zinc, copper and lead ores.

While it occurs naturally in the environment, human activity such as mining and the burning of fossil fuels and waste has seen a spike in its presence.

The metal can accumulate in the human body, mainly in the liver and kidneys, over a period of 10-30 years.

After prolonged exposure, it can cause renal dysfunction and failure and in the long term, cancer.

It’s why the metal has been classed a category 1 carcinogen for humans by the International Agency for Research on Cancer (IARC).

Given its potential for accumulation in the liver and kidneys of animals, the highest levels occur in the edible offal of animals (Kidney, liver etc).

High consumption levels are also found with shellfish, because in many cases the whole animal is consumed, including the viscera (liver, kidneys etc), where cadmium is concentrated.

In the case of prawns, the majority of these organs are contained in its ‘head’, before the body.

In products of plant origin, the highest levels are found in algae, cocoa, wild mushrooms and oilseeds.