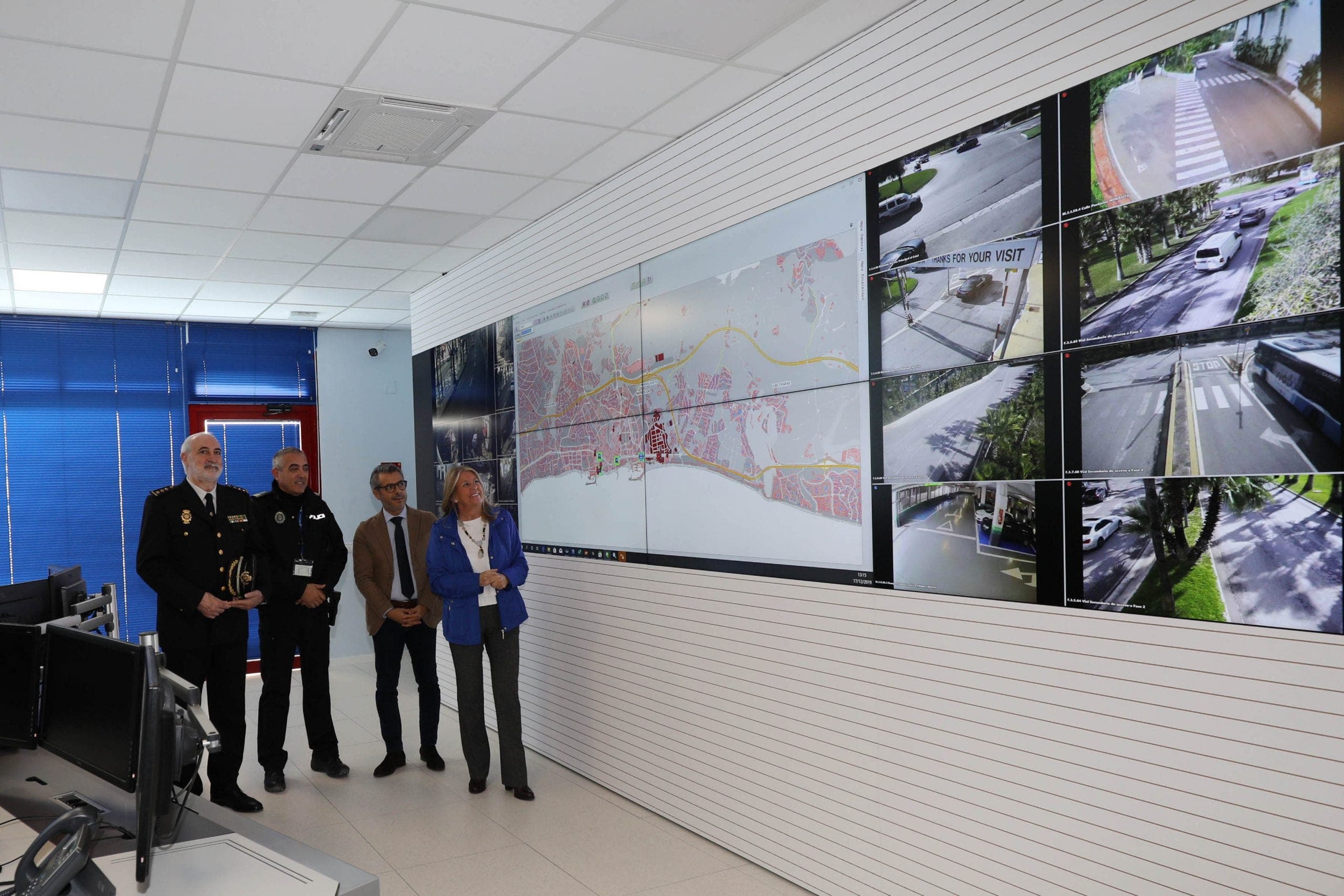 MARBELLA is cracking down on would-be criminals thanks to its new state-of-the-art video surveillance technology.

According to the town hall, its new control and command centre in the Policia Local headquarters is ‘among the 10 best in Europe’.

The technology includes a geo-locator for the 45 Policia Local vehicles, which can track the cars at any time and immediately tell which is closest to an emergency.

The centre, complete with huge screens, will be operated 24 hours a day by six rotating agents.

The new video surveillance is made up of 85 cameras, constantly keeping an eye on Puerto Banus, Marbella port and the La Canada and Elviria shopping centres.

“Our goal is that the second phase, which is even more ambitious, is operational for next year,” she said at a visit to the site today.

The budget for this second phase exceeds €1.2 million, bringing the total cost to around €1.65 million.

Approval of the second phase is expected from the Junta within the next few months while Munoz added that more police are also being hired.

It means the new security measures will be in place for the summer season, which tends to see a spike in incidents as the population swells.