GIBRALTAR will be welcoming some of the top chess players in the world to an open tournament in January.

The 18th edition of the Gibraltar International Chess Festival will be held on January 20-31.

It has become a big hit with chess fans all over the world.

The event has been voted the best open tournament for a number of years, being held at the idyllic location of the Caleta Hotel overlooking the Mediterranean Sea.

There will be three levels of competition, with the amateur and challenger tournaments being held in the mornings and the Masters held over two weeks in the afternoons.

Among the stars coming to town are joint top seeds Maxine Vachier-Lagrave and Shakhriyar Mamedyarov, as well as legends like Brit Michael Adams and Ukrainian Vassily Ivanchuk.

This year a chess seminar will be held at the University of Gibraltar from January 16-18 where players can sharpen their skills.

Grand Master Veselin Topalov and International Master Elisabeth Paehtz will be sharing their knowledge with students who get a guaranteed entry to the Chess Masters.

“Once again we have many of the world’s top men and women chess players coming,” legend of the game, Stuart Conquest told the Olive Press.

“In fact, we think we’re going to have a record turnout with some of our local young players playing as well.”

David Howell, one of the UK’s top players who came in joint second last time, will this year sit out the Masters and instead take up a commentary position.

“We’re looking at having between 60 and 80 players in each of the morning events already with a week to go,” revealed organiser Stuart Conquest.

“Then we have at least 10 paying guests coming to Gibraltar early in order to attend the seminar prior to the festival.

“Anatoly Karpov, former world champion from the 70s and 80s, coming for the first time as a VIP guest of honour after the three-day chess seminar.”

The two weeks of the festival are always abuzz with activity, with visitors able to mill around the luxurious four-star Caleta Hotel with the top names in chess from around the world.

“This year, I’ve noticed more people coming than ever before,” continued the former British Champion.

“For example, we got some girls coming from China via Morocco.

“Then we’ve got Gibtelecom powering the website so will we broadcasting every match live with exclusive analysis.”

Conquest himself was World Champion at Under-16 level when he was just 14-years-old.

For the last decade he has been based in Gibraltar, teaching children how to play chess at the King’s Bastion Leisure Centre for free on Tuesdays and Thursdays.

For those who want cut-price accommodation, the Holiday Inn Express, a new build opened only a couple of years ago, is a three-star hotel just 10 minutes walk from the venue.

“It’s going to be something special this year,” concluded Conquest.

“The festival’s reputation has grown year on year as people know if they come they will have a good time.

“The social diary is built around the chess so it’s not just about playing chess and going back to your hotel.

“Everyone is welcome to come to participate, pass by for a few nights or even a day.” 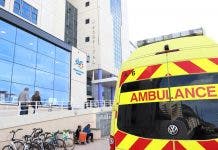