The CGCF (General Council of Physiotherapist Associations of Spain) has filed a complaint with the Spanish Health Ministry about people promoting medicinal treatments for beauty conditions without proper knowledge or training.

According to Spanish law, such medical promotion is banned and advertising is strictly monitored by industry professionals.

However, Spanish social media ‘stars’ have been advocating the use of certain creams, wipes and tablets in order to help with cosmetic issues, unaware of some of the potential health risks that indiscriminate use can cause.

Guillermo Martin Melgar, a pharmacist, first noticed the problem when a certain brand of prescription facial wipe was suddenly selling out, only to find it was being recommended by a popular Youtube channel as a treatment for acne.

In another example, Instagram vlogger, Marta Carriedo recommended a prescribed antibiotic cream to remove a spot from her ear.

After compiling a list of other products being used across various channels, Melgar submitted the findings to the CGCF which took the issue directly to the Spanish government.

In late December, Google, who owns Youtube, made a statement that they were looking into the issue but they could only act if they were given a specific list of videos that broke government guidelines.

“One of the problems is that they don’t take criticism from professionals,” he said.

“They respond with insults or by blocking us. I’ve been told that I have no idea and that they can talk about whatever they please, or that pharmacists are a mafia group.”

Ana Lopez-Casero, spokeswoman for the CGCF, added: “Many people view it as just another consumer product, like clothes or records, but that’s not what it is.”

The majority of the videos in question have been removed by the owners, however there remains a distinct lack of concern from the part of the creators over the potential dangers and lasting, long term effects of what they are recommending. 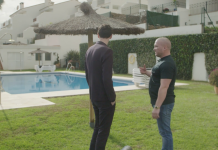