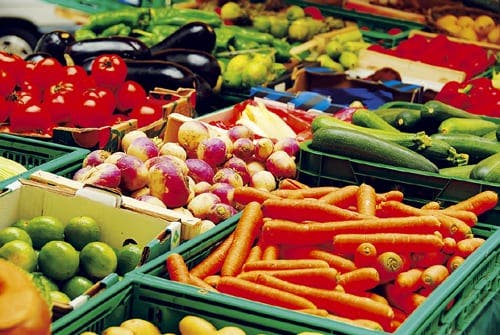 THREE leading Spanish agricultural unions have joined forces in calling for protests over the sector’s ‘lack of profits’.

According to the Asaja, COAG and UPA unions, the protests will occur across 11 regions starting from today.

This week will see demonstrations and protests in Galicia, Aragon, Castile and Leon, La Rioja, Extremadura, Andalucia and the Basque Country.

Meanwhile next week farmers and ranchers will strike in Cantabria, Castilla-La Mancha, Madrid and Murcia.

Using the slogan ‘In defence of their future’,  the protests are intended to ‘denounce the serious lack of profitability’ and attacks facing the agricultural industry.

Organisers have blasted ‘low prices at origin’ and the increase in production costs, including the recent rise in minimum wage.

These measures are only being made worse by trade restrictions arising from Brexit and the US trade tariffs being pursued by Donald Trump, the unions claim.

The sector said it wants to be compensated for the damages suffered and to have ‘support measures’ implemented.

The unions also said it hopes the government becomes aware of the seriousness of climate change and the depopulation of rural Spain.

The protests will begin tomorrow in front of the Galician Parliament in Santiago de Compostela.

On Wednesday a rally will be held at the gates of the Agroexpo fair, in Don Benito (Badajoz), another in Logroño in front of the Government Delegation and one more in the Port of Almeria.