For most people nuts come shelled, bleached, salted, and packaged until they are but a pale relation of the original fruit. Here in the Spanish south though, nuts still grow on trees. Frutos Secos (dried fruits) as they are called are named after their low water content and include all nuts and some seeds.

In Ronda and surrounding mountain regions locals have been growing nuts since time immemorial. The traditional family farms included citrus and nut trees and what couldn’t be produced would be bartered for. Unfortunately, this type of small-scale bio-diverse farming became less profitable and almost died out, but times are changing…

When nobody in Ronda wanted to pick walnuts anymore, the trees were cut down and sold as wood. Their cultivation was forgotten until the 1980’s,when José Luis Fernández Cantos decided to convert his olive farm La Molinilla into a walnut orchard.

“It was a total experiment starting out with 100 trees of 15 varieties” smiles his son and current owner Álvaro Fernández Nebrada. Since nobody knew about modern walnut cultivation, they had to study American and Chilean farming techniques. More than three decades later, Spain’s oldest walnut orchard Nueces de Ronda has over 10.000 trees, yielding 40 tonnes in a good year. This could double within a decade with recent additions.

“Our trees are like our children says Álvaro. Once picked and rinsed with water and nothing else the nuts are dried in the sun for about three days. Only with rain are drying machines utilized. Natural walnuts don’t come perfectly clean.”

The reason why La Molinilla hasn’t entered the international market might be because buyers find their nuts ‘dirty’ looking, because they have a slightly darker and less uniform colour. The quality of Nuceses de Ronda is renowned throughout Spain, however. Like any crops walnuts have their challenges.

The trees need huge amounts of water, yet a big rainstorm can be fatal. However, the nut industry’s biggest contenders are the enormous nut factories abroad, which bleach the walnut shells with chemicals. Consumers believe that is how nuts are supposed to look and taste, but that is only because they have not tried the walnuts from La Molinilla yet…

The walnut tree is full of history. Originally from the East where it grew along the Silk Route, the tree is also the protagonist of one of Aesop’s fables, written by a Greek slave around 600 BC. The Romans Introduced Nogales Or walnut trees to Spain. Today, China and the USA are the biggest producers of walnuts, which are said to prevent cardiovascular and neurodegenerative diseases, while having antiarrhythmic and anti-inflammatory properties.

Archaeologist Pilar Delgado confirms that our region had enormous walnut trees. As late as the 1970’s, pickers would climb into the tree crowns, some 50 meters tall, to harvest walnuts. Never touching the ground, they used an elongated hook, grabbing onto the next tree and flinging themselves like Andalucian Tarzans from tree to tree.

Originating from the Far East, almonds have been growing in the Mediterranean region since it was introduced by the Phoenicians 3000 years ago.People here say that the tree improves the rock, because they will grow on the most inaccessible crags.

Almond trees are some of the area’s earliest bloomers and the first nuts to be harvested. Due to climate change, blossoms can now be seen in January. Maite Teresa Martos, who has a small organic almond orchard in Ronda’s gorge, explains that early sprouting risks later frosts potentially ruining the crop. “Everybody around here used to grow almonds,’’ she tells me, “but people stopped picking them”. Producers like her cultivate almonds for private consumption or sell to wholesalers who supply the Spanish Turrón industry in the North.

Almonds contain Omega 6, magnesium, potassium, calcium, Vitamin E, thiamine and niacin. In addition to the fruit’s many food uses, almond oil is used in the cosmetics industry for creams, massage oils and other skin products, while the oil from bitter almonds is used as natural flavouring. Almonds accounted for most of the global nut production of 2.4 million tonnes in 2018. 67% were grown in the USA, making the Spanish 5% share negligible by comparison. Ironic since Spanish missionaries are said to have brought the fruit to America in the 18th century. With increasing global demand and the popularity of new almond products, Spain’s production is once again increasing. Growers sell for €1-2 per kilo with shells on.

Spanish chestnuts (castañas) were thought to originate in the Middle East, but recent prehistoric excavations have re-classified chestnut as native to Mediterranean countries.“Chestnuts were popular with the Romans because they could be dried,” says archaeologist Pilar Delgado explaining that the Romans also spread the species throughout the Iberian Peninsula. Chestnuts and acorns were a vital part of people’s diet until the Spanish began to import potatoes from the Americas around 1570. The wood was used in carpentry and furniture making. Castanets used by Flamenco dancers were also made from chestnut wood – hence the name castañuelas.

The trees can become ancient and giant, as one can see when visiting Andalucía’s majestic Castaño Santo (above), said to be almost 1000 years old. The highly valued Spanish chestnuts (annual production of 18.000 tonnes) are exported to Europe, America and even Japan. With its ideal mountain climate, the Genal Valley produces 4 million kilos. Chestnuts are an important side-income for the white villages of Pujerra, Jubrique and Parauta, with crops being sold to local cooperatives for around 1-2 euros per kilo.

But sadly, this season has been disastrous for chestnuts and prices have sometimes been under €1 euro per kilo. Bad quality, bad price and small production. The trees are picked in October, when the leaves turn golden and the valley becomes a Bosque del Cobre (a copper forest). The chestnut harvest is celebrated with traditional village fiestas, often dedicated to the towns’ patron saints. The menu offers roasted chestnuts and artisanal products made from the nuts, accompanied by a fortified sweet wine called Mistela.

In recent years, growers on the coast have experimented with Macadamia and Brazil nuts, but the latest trend in nuts in Andalucía is pistachio. Originating in the Middle East, where Iran used to be the biggest global producer, archaeological digs have found that Turks ate pistachios 7000 years ago.

Though most Andalucia farmers are unfamiliar with pistachios, the nuts were common here in the Arabic era. They disappeared completely right after the Catholic re-conquest.For centuries, nobody knew why… “Christian farmers noticed that some of these foreign trees bore no fruit, so they cut them down” explains pistachio farmer José Manuel Dorado.What the farmers didn’t realize was that these male trees were needed to pollinate female ones. With no pollination there were no nuts, so shortly after the rest of the pistachio trees were also cut down.It took almost 500 years to bring the pistachios back to Spain.

Apparently, eating pistachios makes you happy, since zinc and iron helps with brain function. Pistachios are also high in thiamine, magnesium, Vitamin B6, phosphor and copper, which aids metabolism and reduce fatigue. Spain imports 95% of its pistachios, so the nuts are in high demand. While walnuts might cost €3-5 per kilo, high quality pistachios can sell for €6.5 per kilo. No surprise they are the new nut-farming fad! The fruits are harvested between September and October and the nuts have to be shelled and dried within 24 hours, or they may become toxic. Other farmers in La Serranía de Ronda have pistachio orchards, but José Manuel is the only organic grower.

“I am a book publisher and knew nothing about farming,” so he spent a year learning everything he could about pistachios. After 5 years, his first harvest was given to friends and family who had supported him through the process. In a few years, he expects his farm in Alcalá del Valle to yield 1000 kg per hectare. “I could get double if I watered the trees, but I am not doing this to maximize production,” he says. While others plant their trees 4 to 5 meters apart, his trees are 7 meters apart, having 49 square meters to spread their roots.

After the first couple of years, pistachios can grow without watering, producing fruit for 150 years, contributing to their environmental suitability. And what of the environment with the use of herbicides and pesticides? Most growers add them to the trees while they grow. José Manual uses nothing but natural casera remedies like nettle infusions on his pistachios, but says that “ farmers around here use lots of herbicides and bug killers”, and ‘just to be sure” they always toss in more than recommended.

La Molinilla uses herbicides in the growing process, but nothing chemical once the nuts are picked. Chestnut trees, which usually grow ‘wild’, are not sprayed. What is the future of nuts in la Serranía? Our mountain region can never compete with the vast mechanical nut farms in California and China, but if Andalucian growers continue to cultivate nuts in smaller orchards with natural farming methods, their product will always be superior.

Did you know: Health nuts

People recognized the nutritional value of nuts long before we began eating ‘health food’. During periods of famine they were a source of much-needed calories, but since almost 80% of a nut is fat, a little goes a long way.
Like natural energy bars, nuts are rich in proteins, polyunsaturated fats, vitamins and minerals. Their health constituents are said to balance cholesterol levels, improve heart function and prevent diabetes and cancer. Nuts also keep well, and are an economical and convenient snack. 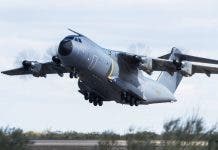 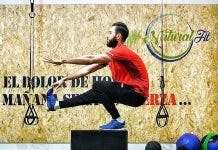 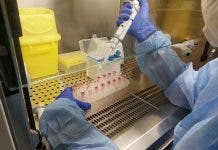