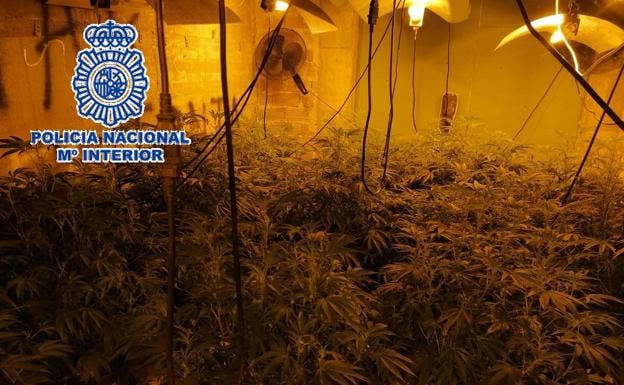 A BRITISH-Spanish drug gang has been brought down on the Costa del Sol.

Made up of four Brits and one Spaniard, the group was operating between Velez-Malaga and inland Coin.

According to police, the gang was cultivating marijuana and had its own laboratory ready to make synthetic drugs.

The operation cut out the middle man, with the five covering every aspect of the trade, from cultivation to sales.

In a raid of a property, police seized €24,000 in cash, a dozen vehicles and 250 marijuana plants hidden in the basement.

All five were arrested but only three have been denied bail.