THE deadly processionary pine caterpillar is arriving early this year thanks to climate change, experts have warned.

The prickly fiends, whose hairs prove toxic to dogs and pets, have been encouraged due to a lack of rain and an increase in temperatures.

According to the National Association of Environmental Health Companies (Anecpla), it means parks, gardens or forests in Andalucia with pine trees have already witnessed the return of the caterpillars.

The group said their arrival is a month ahead of schedule and reiterated the threat they pose to domestic animals.

Even the slightest of contact can cause dermatitis, eye damage and strong allergic reactions, including tongue swelling, often resulting in death.

The experts have warned citizens to take extra caution when walking their dogs.

It comes after two sisters, aged five and 10, had to be treated by emergency paramedics in Ceuta after coming into contact with the pests. 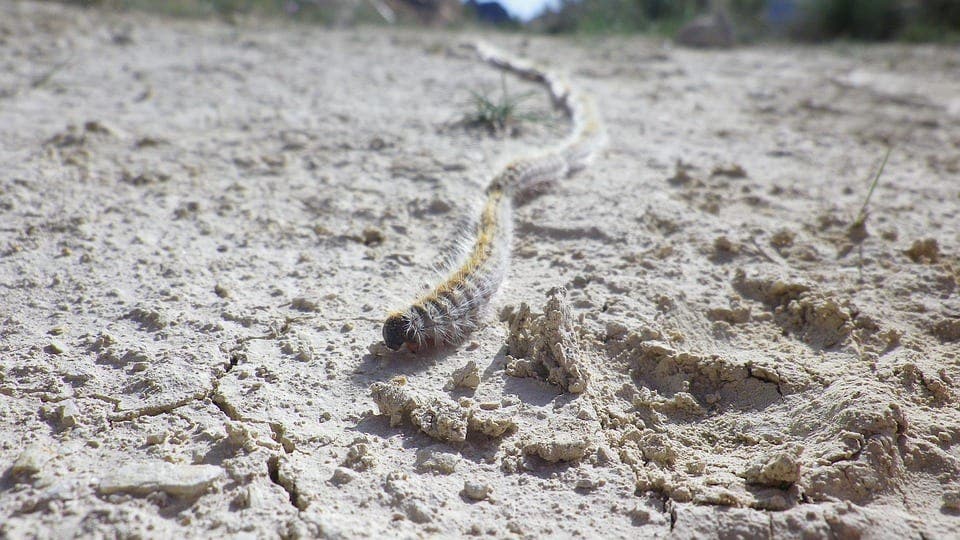 Both girls, who had been walking in San Amaro park, became covered in hives and saw their body temperatures soar.

Both have now recovered fully.

Malaga, Caceres, Sevilla and Valencia have all seen the caterpillars, the experts warned.

They are particularly dangerous as you do not need to even touch them to be impacted, as when threatened they can shoot their spiky hairs as a defence mechanism.

Acting as darts, they carry their toxic allergen and are just as dangerous.

Each caterpillar has around 500,000 of the hairs, known as trichomes.

In animals, the toxin from the hairs can cause swelling of the mouth, tongue and head and intense itching and over salivation.

If they eat a caterpillar, it can cause necrosis of the tongue and throat, causing death.