THIS is the moment dozens of birds were found dead on a motorway in Spain.

The starlings were seen lying motionless on the C-31b motorway which links Tarragona and Salou.

The mass deaths have occurred close to the industrial estate which houses several petrochemical plants, one of which exploded in January. 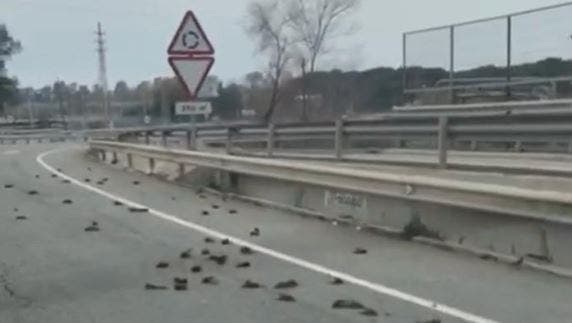 According to Emergencias 112, there have been several reports of the dead birds but rumours of a ‘strange smell’ in the air have yet to be confirmed.

Catalunya investigators have taken samples from the birds in a bid to determine cause of death.

In Tarragona, bird experts have said starlings have been flying in large synchronised clouds in what is deemed a survival strategy.

Father of next Italian Prime Minister Giorgia Meloni was jailed for 9 years in Spain for trafficking 1,500 kilos of hashish