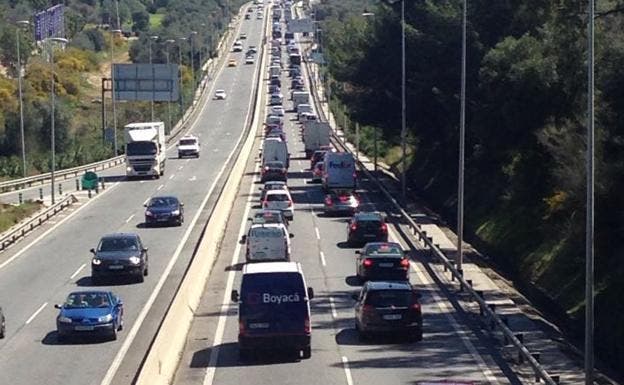 MARBELLA town hall is set to ask Madrid for urgent action to tackle the daily traffic nightmare between Puerto Banus and San Pedro.

The A-7 is seeing traffic jams every day, which become almost crippling during the summer months.

In a proposal being voted on this month, Marbella will ask Madrid for funds to carry out work to improve the road’s capacity.

The document laments that the underground passageway has not solved the daily congestion between San Pedro and Puerto Banus, which sees at least 90,000 vehicles each day.

It adds that if nothing is done soon, the situation will only worsen year after year, causing a huge ‘inconvenience’ for drivers and increasing the risk of road accidents.

It also warned that it could damage the tourism sector.

San Pedro deputy mayor Javier Garcia has stressed that a third lane on the A-7 is essential ‘for the present and future of San Pedro’.

He said the project had stalled under a PSOE government but that he will be committed to seeing it start under his tenure.

Watch your back: Crime affects friendly Fuengirola on the Costa del Sol