VALENCIA has revealed that a coronavirus patient in the region died on February 13.

Doctors only discovered the cause of death after carrying out tests after the individual had died, reports El Mundo.

It comes as another woman has also tested positive at a hospital in Manises, a town right next to Valencia airport.

The total number of recorded cases in Spain is now at 161.

Elsewhere, Asturias recorded its second positive case in a 32-year-old who had travelled to Trentino in northern Italy last week.

The man began showing symptoms on the day he returned on March 1.

He has been isolated at the University Hospital of Asturias.

One of his friends, who had travelled with, also tested positive in Madrid. 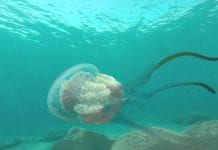