‘WE need to trust women’ was the message from the wife of the Chief Minister as she gave an impassioned speech at Casemates Square.

Justine Picardo, herself a lawyer, was one of a number of top speakers who spoke in favour of a Yes vote at the March 19 referendum.

The marchers walked from the Piazza to Casemates Square brandishing banners and chanting, ‘Home, safe, legal’.

“We have the opportunity to vote for something meaningful that will improve the lives of women to come,” said Picardo.

“Being pro-choice doesn’t mean we are pro-abortion or anti-life.

“It is not something we ever wish to have to choose but it can be a necessity for a number of women who find themselves in unfortunate choices.”

“This referendum is about whether we should trust a woman about when to have a baby to choose for herself what to do with her body and her life.”

She told the crowds of when she had a miscarriage which could have needed an abortion so as ‘not to risk death’ for herself.

Picardo scoped that even in the scenarios of rape or casual sex the Pro-life group would suggest these babies were given for adoption.

“The anti-choice group do not realise the mental and psychological trauma of carrying a baby for nine months only to give it up for adoption,” she said.

“How can we as a society believe that it is acceptable to force a pregnancy on women against their will?

“We need to be able to trust women.”

She said that passing a law just for incest or rape was a non-starter.

“Such a law would take us to the other extreme,” continued the lawyer.

“Women would be accused of claiming false cases of rape in order to have an abortion.

“No-one has been able to produce a law only for rape and incest, because they know no such law is possible.”

Picardo concluded that the March 19 referendum was an opportunity that the people should take to modernise the law.

“Gibraltar now needs to step into the 21st Century,” she continued.

“Voting no is telling society that we are not to be trusted by having free will over our own bodies and do what is right for ourselves.

Together Gibraltar said she was concerned that the ‘social bonds’ could stop people from voting in the referendum.

“The referendum is here and we need to vote,” said Marlene Hassan Nahon.

“We need to make people understand what is at stake here.

“We need to trust women, get out and vote for Yes.” 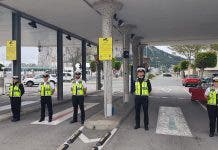 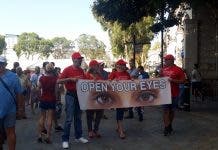