EVERY barrio in Sevilla’s city centre is packed full of historical sites and Alfalfa is no exception.

The ancient neighbourhood has convents and churches aplenty along with some of the best examples of Baroque architecture.

It’s also home to the up-and-coming Soho Benita area and the birthplace of one the greatest painters of all time, Velazquez.

See the most notable sites below.

A palace which began construction in 1483, La Casa de Pilatos (Pilate’s House) serves as a permanent residence of the Dukes of Medinaceli.

It has a stunning collection of tiles, including 150 different azulejo designs from the 1530s, designed by brothers Diego and Juan Pulido and one of the largest collections of the glazed Spanish tiles in the world.

It is considered a shining example of Italian Renaissance building with Mudejar elements and decorations and is seen as the prototype of the typical Andalucian palace.

You will most likely see nuns walking by, with a convent practically next door.

En route to the Casa de Pilatos, take a detour to Plaza de San Ildefonso where you will find this church of the same name.

Completed in 1841, the typically red and yellow structure boasts a neo-classical style and was the work of noted architects Julian Barnecilla and Jose Echamorro.

Sitting pretty in pastel pink, this stunning church was completed in 1712 before undergoing a major refurb in the 2000s before being reopened in 2008 – by King Juan Carlos I no less.

The upgrade included building a small museum behind the gorgeous main altarpiece. It mostly features works from local 17th century artists and other relics of the past.

Made up five streets, this up-and-coming mini neighbourhood is Sevilla’s answer to London’s Soho.

It most recently welcomed a gourmet restaurant and ultra-modern hotel and also features an urban art gallery. Read more about the area here.

Built before the maestro’s 1599 birth, its tiny door and windows point to a much shorter population in the 1600s.

It is hoped the 16th century will be turned into a museum about the painter. 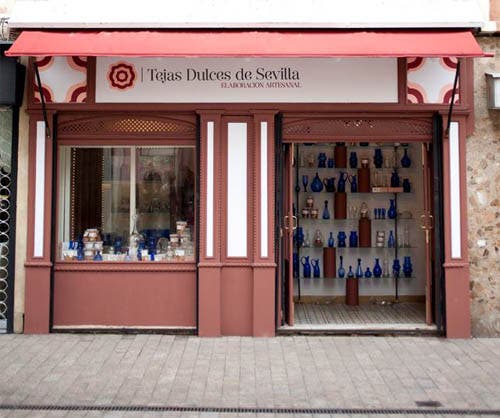 If you want a great souvenir from your trip, head to this little biscuit shop on the outskirts of the neighbourhood on Plaza de Jesus de la Pasion.

They are placed in lovely packaging, including large tins which can be kept once you’ve eaten them all. They also make great gifts.

REVIEW: Marvellous Marcial still has its rustic charm despite its stars

Xacobeo: Why 2022 is an extra special time to visit Spain’s Santiago de Compostela

Fiona Govan - 21 Jan, 2022 @ 18:00
NEW rules come into play from February 1 in Spain that mean vaccination certificates are only valid if you have received a jab against...