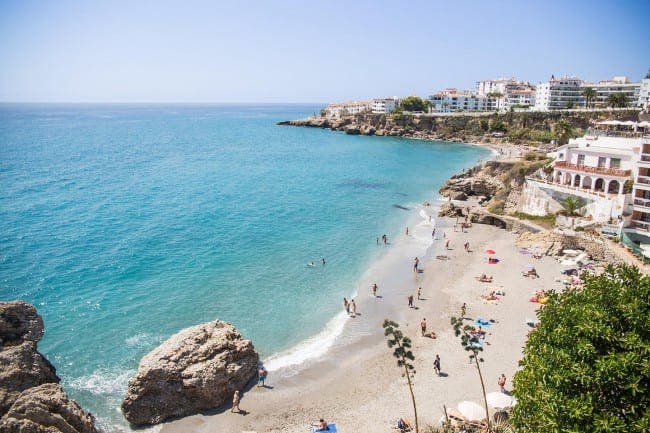 THE beaches of Torrox, Nerja and Velez-Malaga have been closed in a bid to prevent the coronavirus from spreading.

The red flag has been raised from today along the nine kilometre stretch of coastline while swimming has been banned.

Torrox has also suspended weekly markets to avoid the risk of contagion.

Nerja mayor Jose Alberto Armijo has ordered for parks and gardens to be sealed off and for beaches to be closed to the public.

Policia Local have been given extra powers to enforce the measures.

Armijo said: “This decision comes from what was agreed at the extraordinary meeting held with the Junta de Andalucia, which recommended the closure of all shops, leisure centres and catering establishments, as well as parks, gardens and beaches.”

He reiterated that every person must take responsibility in maintaining personal hygiene and that the closure of parks and beaches is hoped to keep children at home.

It is also designed to keep the thousands of Madrid residents who fled to the costas from gathering in public spaces.

Meanwhile, restaurants in Marbella have also closed for two weeks as have sports clubs.

The Villa Padierna Padel Club will remain closed for 14 days in line with health recommendations.

It’s adjoining restaurant told the Olive Press: “We are closed from today for at least two weeks.

“We are following what the government has advised, the padel club will be closed from 2pm today for two weeks.”