THE number of gender violence convictions in Spain has reached a record high in 2019.

Seven out of ten gender violence cases according to the Observatory Against Domestic and Gender Violence of the Judiciary (CGPJ), resulted in a sentence in favour of the victim.

An increase was also seen in the number of complaints filed, with a 0.67% growth compared to the previous year. 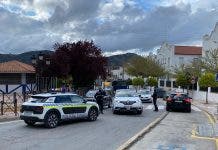