In a map shared by the Junta, Malaga is by far the most affected province with 424 cases, followed by Granada with 244 and Sevilla with 190.

Nationwide Spain is expected to surpass 20,000 cases today after registering 19,998 this morning.

In Andalucia, the regional government is preparing for every scenario and has made two plans depending on how the virus grows.

The first plan will prepare for 9,000 cases while another for the worst case scenario of 15,000.

While each province will have its own measures, general actions include turning hotels into makeshift hospitals while making available 7,000 more toilets.

During an e-conference, the leaders said the ‘hospitals have not collapsed’ but Andalucia ‘wants to get ahead and be prepared.’

From today, the tourism and health ministries will be studying which hotels will make suitable health centres or hospitals, focusing on the worst hit region of Malaga, including the Costa del Sol.

Bendodo said every single hotel chain has offered up their establishments but none will be operational until the number of cases get too much for pre-existing health centres.

The health ministry has already prepared 2,960 hospital beds and 892 ICU units in case the number of patients reaches 15,000. 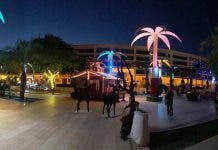 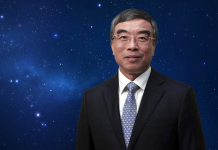