A SPANISH costume company that worked on the hit show Chernobyl, has donated the wardrobe from the show to hospitals and care homes in the fight against COVID-19.

Peris Costumes is a company that worked on the critically acclaimed HBO series, making costumes for the actors to wear to protect their characters from radiation.

Peris Group which is the parent owner of Peris Costumes, is based in Spain and produces all sorts of costumes for television and films.

The company has part of its stock available at its headquarters throughout Europe, including Madrid.

Javier Toledo, CEO of the company spoke to El Mundo and said: “We are not engaged in the manufacture of clinical material, but now we are trying to collaborate in any way that we can.

“We are living a nightmare in which reality surpasses fiction.”

The company has been declared an essential business by the government during these times of crisis.

“Since March, all the productions we work on have stopped, so we decided to start donating things and make masks,” explains Toledo, pleased after receiving thanks from nursing homes, police officers and nurses.

“Although we are not Amancio Ortega, we contribute what we can.”

This is not the first time that fictional costumes have been used in the fight against coronavirus.

In the US, the producers from the 15-year long show, Grey’s Anatomy have also decided to join the fight against the virus and have donated their medical gowns. 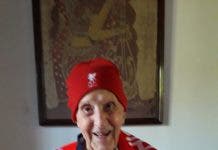