THE Mayor of Barcelona has called for an end to the strict lockdown rules, urging the Government to allow children to be able to go out.

Ada Colau took to Facebook to voice her concerns: “These children need to get out.

“Wait no more, free our children.”

The 46-year-old is the first woman to be elected as Mayor in the Catalan capital.

The mother of two believes that if adults are allowed out to walk their dogs, then so should children.

“Week after week, they fight each other more every day, they have fits of sadness, anger.”

She argues that for the children’s mental health, they should be allowed out in their local area, similar to other European countries, ‘in accordance with the health experts’ advice’.

Save the Children’s Spanish branch is also calling for children to be allowed outside near their homes for an hour each day.

Andrés Conde Sole, CEO of Save the Children in Spain, told AFP news agency that they were ‘one of the most vulnerable populations during this prolonged confinement’. 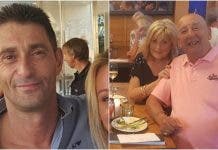 People infected with British COVID-19 variant, on the rise in Spain, less likely to lose smell and taste study reveals